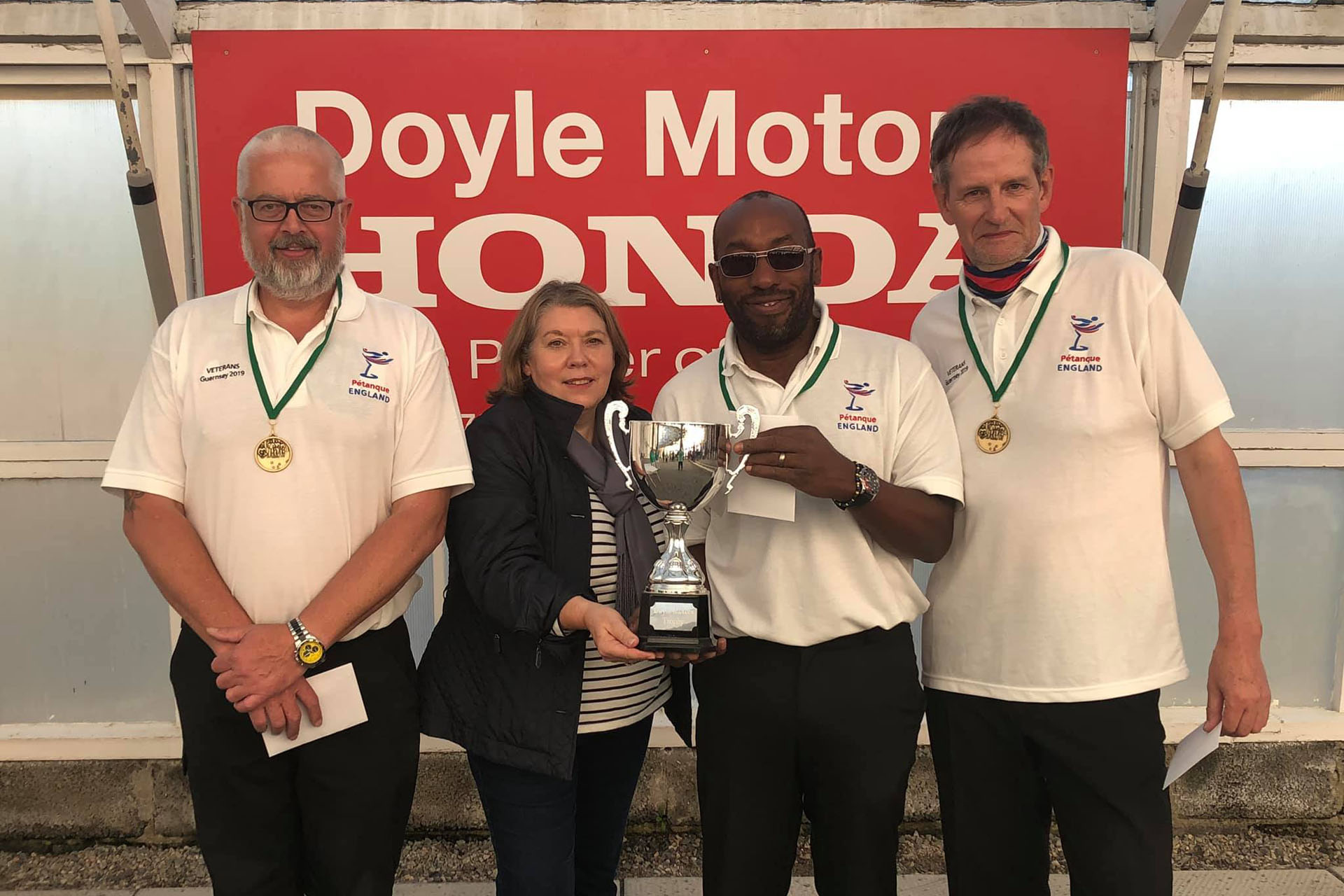 Following planning earlier in the year, PE took forward a new initiative in 2019 with our first ever Veterans tour with 13 players who had qualified through the 2019 rankings events. They were joined by Clive de Silva (squad manager) and four supporters of the players. This year’s tour was to the Guernsey Open Doubles and Triples which was held over the last weekend of September.

The venue included 12 indoor pistes and 16 outdoor pistes. The hospitality and friendship show to the squad from the club was amazing and we were greeted by the club members on the Friday night at a practice and welcome night.

Saturday saw the players pairing up for the Open doubles which included players from England, Guernsey, Jersey, Wales and France. The top team of the day was Frank Britt and Stone Williams who qualified for the main draw. The remaining players were placed in the silver and bronze draws.

Sunday was the main event with the England players teaming up in their qualification teams to play in the Open Triples. This was also a chance for the other squad members to join in and play. The weather was bad, so the event was played indoors. Top team for the triples again included Frank and Stone who were joined by Nigel Ashby.

A gala dinner was arranged by the club at a local hotel on the Saturday night which provided great service, food and hospitality. The presentations were made and a raffle.

All in all, a successful and profitable weekend for our more mature players. Well played everybody and thanks to all our friends in Guernsey for a great tournament!

We’ll now look at how we can make further progress with our Veterans category in 2020. There is no European Championship next year, so we’ll look at other playing opportunities. If you’re a Veteran player and would like to get involved or receive information on future activities, just get in touch.