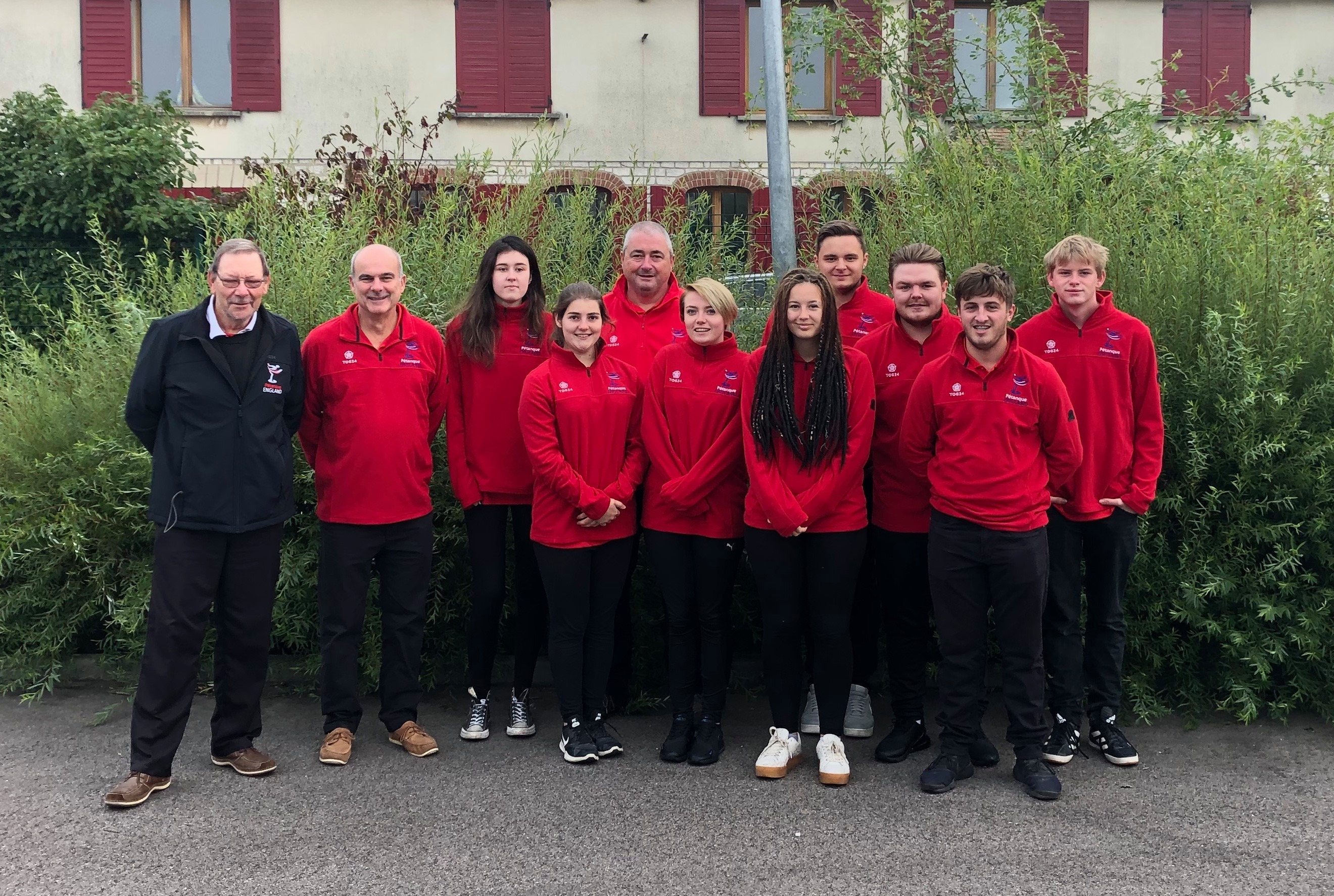 England’s Male and Female Espoirs teams arrived yesterday in Normandy for the annual CEP European Championships, the 9th edition of the tournaments.

The gender separate competitions, with 10 nations competing in the Women’s and 16 in the Men’s will take place at the Espace Henri Salvador Boulodrome in Saint-Pierre-lès-Elbeuf, the venue last used in 2017.

The programme begins with the precision shooting after the traditional opening of the Players, Coaches and Umpires Oath at 2pm local time (1pm UK time) today (Thursday). Jason and Alex will be shooting for England and the expected format is automatic top four qualification for the Quarter Finals. The remaining competitors will be involved in a second shoot out (repêchage) where the combined points achieved in each round will determine the remaining four Quarter Finalists.

The conclusion of the precision shooting, a straight seeded head-to-head will take place on Sunday, the final day of the two tournaments. England’s Sammy Thatcher was the 2017 precision shooting gold medalist.

In the Women’s, the triples tournament will be a round robin format of nine qualification matches, giving our players a lot of pitch time. This is an intense series of games, much more than is usually played. The competition will begin on Friday from 0830 local time (0730 UK time) and will conclude on Sunday morning. The standings will determine the four nations competing in the Championship and the four in the Nations Cup.

The Men’s, also commencing Friday at 0830 local time, will follow the more traditional Swiss System, although with 16 nations competing, only four rounds are required rather than the normal five we encounter in other age categories. The operation of the Swiss with this number of teams, means that after four rounds, there will be only one team on four wins, four on three wins, six on two wins, four on one win and just one team left winless.

We’re expecting the top eight ranked teams to then contest barrage poules in the Championship and the bottom eight the Nations Cup. It’s important to note that with the wins distribution from the Swiss, there will have to be a Buccholz tie break where three teams on two wins will go into the Championship and three into the Nations Cup. The objective to avoid the tie break is therefore to win three games out of four.

We have received the very welcome news yesterday that Chris Kitson and Aly Sébastien will be present and will bring livestreaming of games. Their expected arrival is Friday afternoon, so look out for our teams in action via Facebook!

It remains to wish our players, coaches and head of delegation all the very best for the two tournaments. Good luck and enjoy!