Each team within a region’s squad is ranked, and plays against equally-ranked teams from all other regions in their division.

The Presidents Cup aggregates the score of all a regions squads – both Championship and Challenge –  to find the overall best-performing region.

Participating PE Regions hold qualifying competitions to select their players, and the Regions then enter their squads in the competition (it is not possible for individuals to enter directly). Booking of accommodation is also done via the Regions, who make bookings for their team with our partner Isle of Wight Tours. 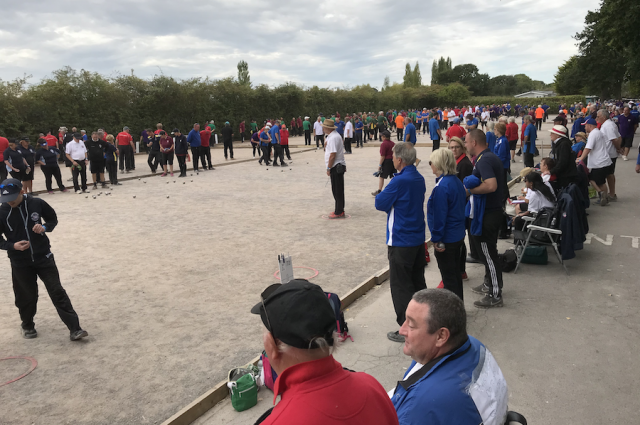 Petanque England’s 2023 Inter-Regionals will be held for the second year at Pakefield Holiday Village, Lowestoft, NR33 7PF from Friday 15th to Monday 18th September 2023, with around 800 competitors staying on site and playing on specially constructed petanque terrains. The entire Holiday Village site will be exclusive to Petanque England and Coach travel can be arranged for Regions if required, at additional charge.

Please Note:
Booking is only via PE Regions; IOWT contact details and opening date will be sent directly to regional contacts in due course. It is not possible for individuals to book directly with IOWT or Pakefield. All attendees must pay the accommodation-inclusive fees, even if staying off-site.

Click here for a rolling display of all results, as displayed in the competition control room