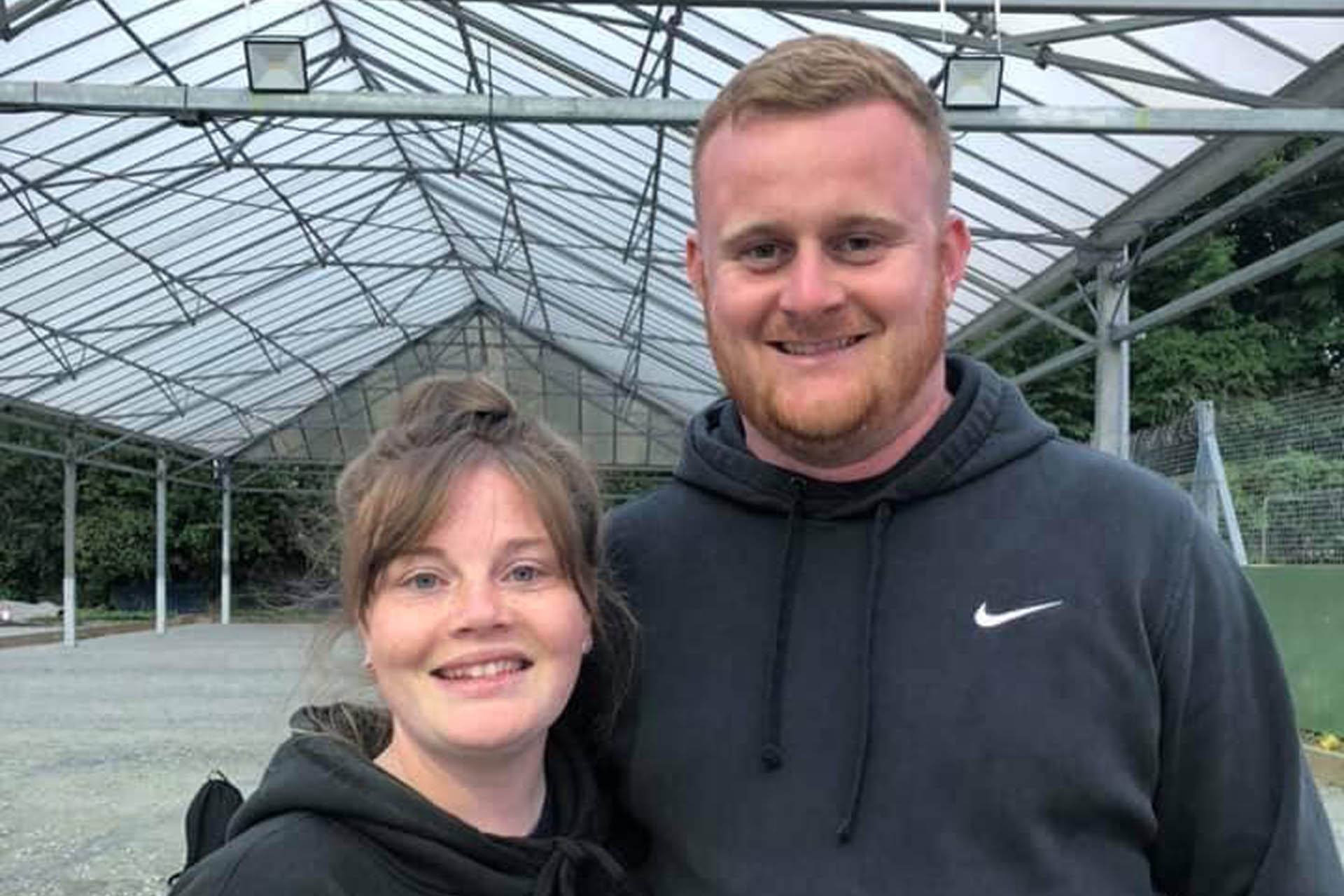 Bank Holiday Monday saw Callum Lombard & Kaylee Thatcher win their first Mixed Doubles title together, defeating Jack Blows & Sarah Huntley, a tried and tested pairing who had won the competition three times in a row between 2015 to 2017 when our National Titles weekend was held in Exeter.

It was Callum’s first National Title and a second for Kaylee, who won the Mixed Doubles back in 2013 with partner Dean Seville.

The 13-6 victory for Callum and Kaylee, added to their 13-7 win against the terrific young team of Jamie Brooks & Ella Slade in the Semi Final (these two being losing finalists in 2018 to Jeremy Huntley & Sammy Thatcher), their 13-2 Quarter Final defeat of Jamie Lewis & Emma Longstaff and their Round of 16 victory against Diane Smith & Wayne Marshall by 13-3.

On their way to the Final, Jack and Sarah had prevailed 13-7 against Dean Seville & Claire White in the Semi Final, 13-10 against Sabrina Seville & Vince Wills in the Quarter Final and 13-4 in the Round of 16 when facing Soeli Leverett & Steve Slade.

Defending Champions Jeremy Huntley & Sammy Thatcher succumbed 4-13 to Dean Seville & Claire White in the Round of 16.

The PE Board decided prior to last year’s National Titles weekend that the Mixed Doubles would not feature as a Ranking competition, but it is still a popular and keenly contested competition. There were 42 teams competing.

The Mixed Doubles concluded our National Titles weekend for another year and we congratulate all of our winners. Full results will be available soon. Bring on next year!