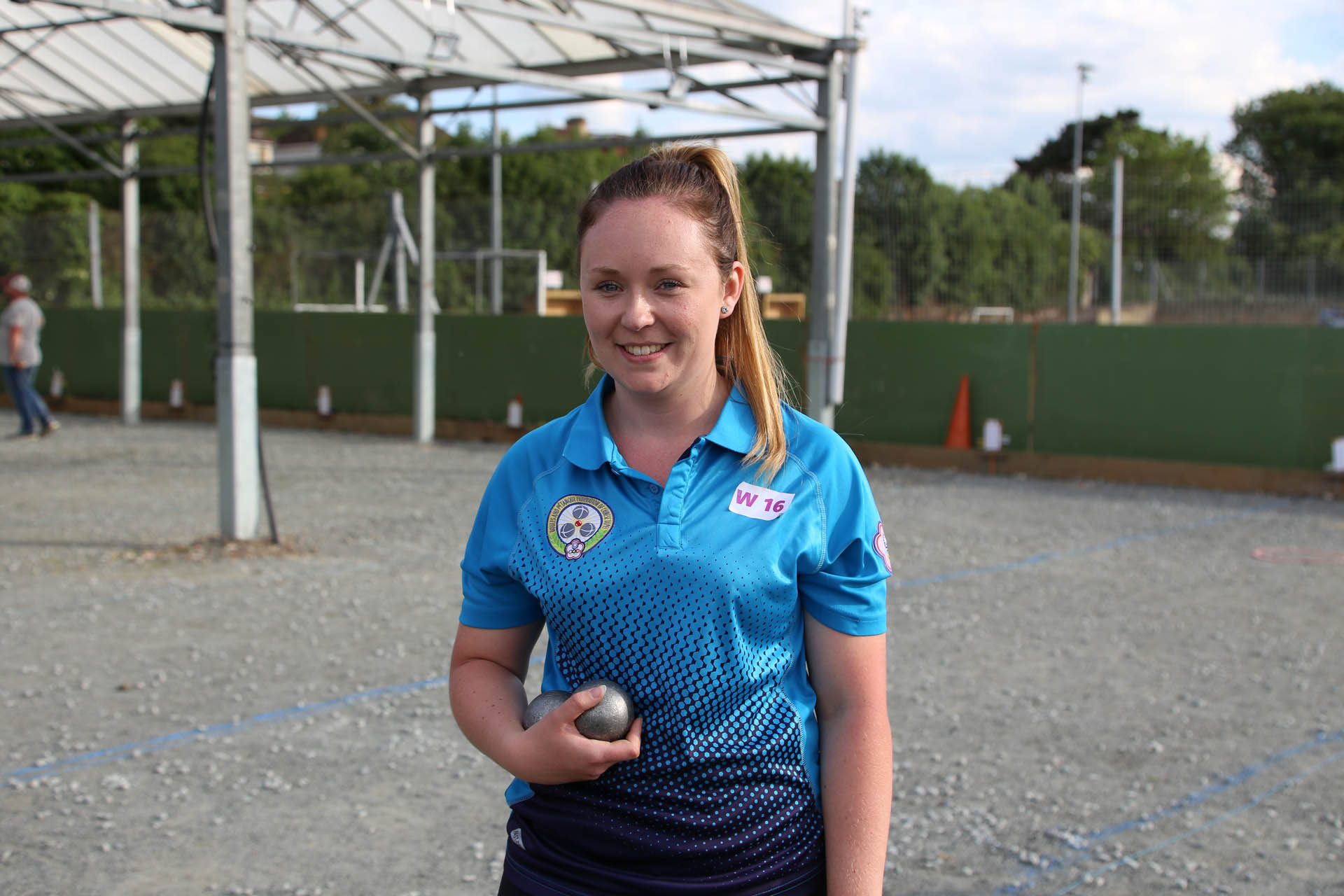 30 of PE’s women members entered the Singles on the Saturday and a further 23 Doubles teams competed on the Sunday at Gravesend.

As with the Men, the format for both competition was based on morning poules and then a knockout in the afternoon, where the top 16 ranked female players based on games won and points difference went through to compete for the two Rankings titles.

At the end of Sunday, Emma Longstaff, not long back from representing England at the World Singles, Doubles and Mixed Doubles Championship in Spain had pulled off a magnificent  double of Singles and Doubles titles and added 60 ranking points to her tally, placing her first in the table with 76 points. Her partner in the Doubles, Sarah Huntley was placed joint 4thon 50 points along with Sammy Thatcher and Claire White. These four were the selection for the European Women’s Championships 2018, where England made it to the top 16 stage although Sammy had to withdraw pre-tournament due to illness and was replaced by Sabrina Seville.

Emma and Sarah won the Doubles Final 13-9 against Becky & Carolyn Edwins, the latter mounting a superb come back in a very exciting Semi Final against Sammy Thatcher & Claire White. It was a particularly strong weekend performance of 40 ranking points from Becky, who made the Semi Finals of the Singles as well, putting her in second place in the Rankings table in the automatic invitation position for the Women’s World Championships in Phnom Penh in November this year.

Kaylee Thatcher (54 points) is currently placed 3rd after adding 24 points to her total with a Quarter Final place in the Singles and a Semi Final in the Doubles where she partnered 12 year old Ella Slade, losing 10-13 in a close match with Huntley & Longstaff. Ella is now just outside the top 6 on 40 points jointly with England Espoir Aimee Colley who also had an impressive 32 point weekend, being runner up in the Singles, defeating Sabrina Seville in the Group of 16, Paula Fauvel in the Quarter Final and Becky Edwins in the Semi Final.

As with our Men, there is all still to play for in our Women’s 2019 Rankings, with the remaining two Triples competitions (16thand 30thJune), along with the final Doubles on 29thJune. This one looks like it will go to the wire, and there could well be some more surprises on the way.