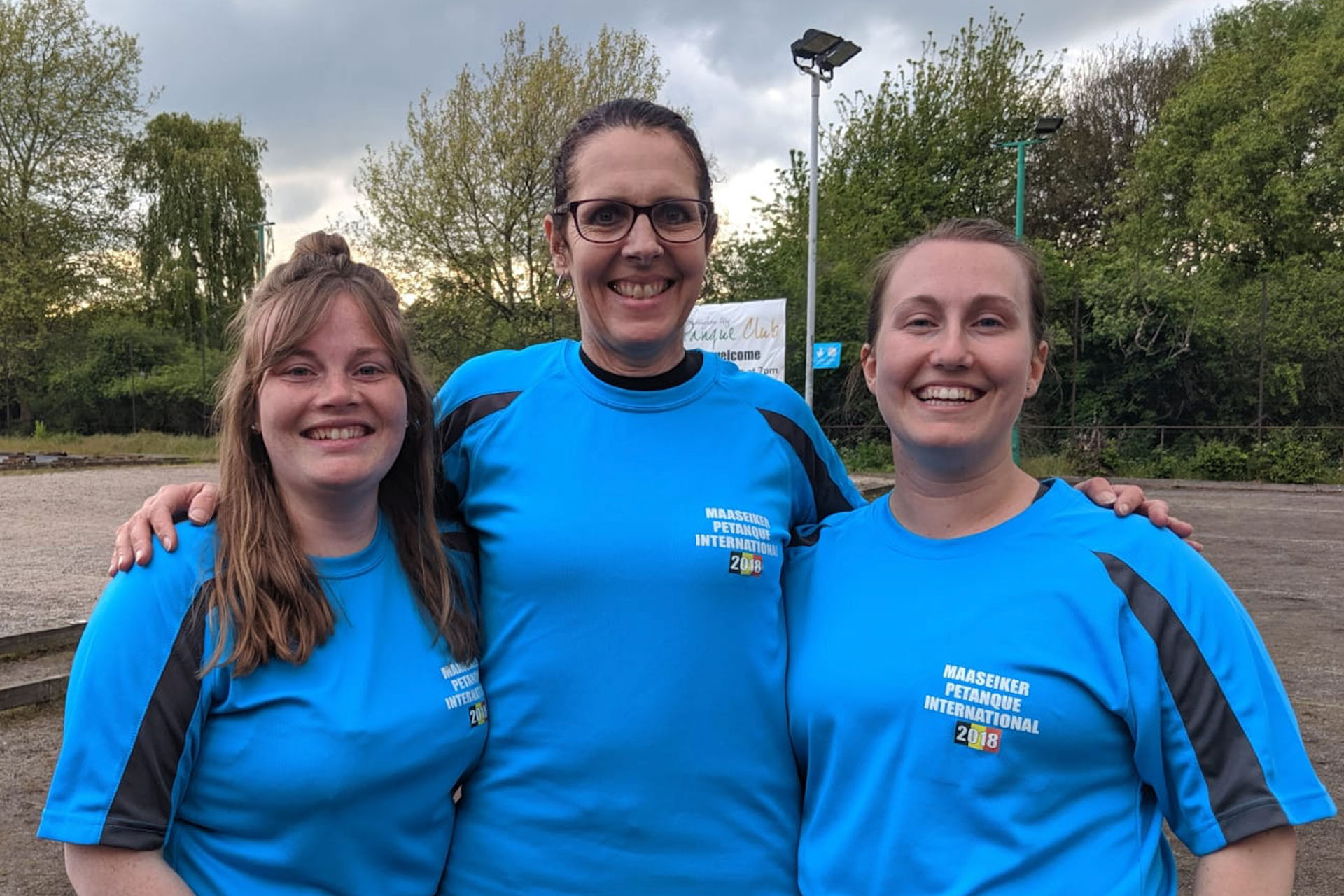 Our female players started the six-round Ranking series yesterday in Nottingham with 10 teams starting their campaign for England representation at the World Triples Championships in Cambodia in November this year.

The 2019 Playing Programme was agreed by the PE Board following consultation with members and this allows for the Top 2 ranked players in both female and male categories to be invited to play for England, with players ranked 3 to 6 being the subject of a selection decision in early July.

After the morning poules, the competition moved into the knockout stage.

In the second quarter final, Chris Spray, Jan Weaver and Gay Evans lost a close match 11-13 against Hannah Griffin, 12-year old Ella Slade and Sabrina Seville, the latter being part of our Women’s Team in the 2018 European Championships.

The third contest in the Top 8 was between Becky Edwins, Debbie Matthews and Gill Mason who secured a comfortable victory of 13-3 against Linda Thorpe, Carol Woodward and Rachel Kelly.

The final spot in the Semi Finals was taken by Claire White and the Thatcher sisters Kaylee and Sammy, the latter freshly returned from her pioneering success in Spain who had a convincing 13-0 victory over the trio of Melanie Williams, Eileen Sollis and Aimee Colley.

All defeated quarter finalists received 8 ranking points each to carry forward to the next round, which will be on Bank Holiday weekend at our National Titles in Gravesend.

The Semi-Finals line up was Team Huntley versus Team Seville, while Team Edwins faced Team White.

The Huntley/Seville match was a very close fought battle, but Sabrina’s team shaded it 13-12. In the other contest, Team White won more comfortably 13-6. Both losing semi-finalists will carry forward 16 points in the Rankings.

Team Seville took an early lead in the Final, but the 30 Ranking points were eventually in the hands of Team White after a 13-7 victory. Ella Slade’s achievement in making a Rankings Final as a Junior was particularly notable and she takes forward 24 Ranking points along with her teammates.

Congratulations to all our Women players and good luck in the rest of the series, which has two more Triples, two Doubles and one Singles competitions. There’s a lot more pitch time yet to win the coveted trip to South East Asia.