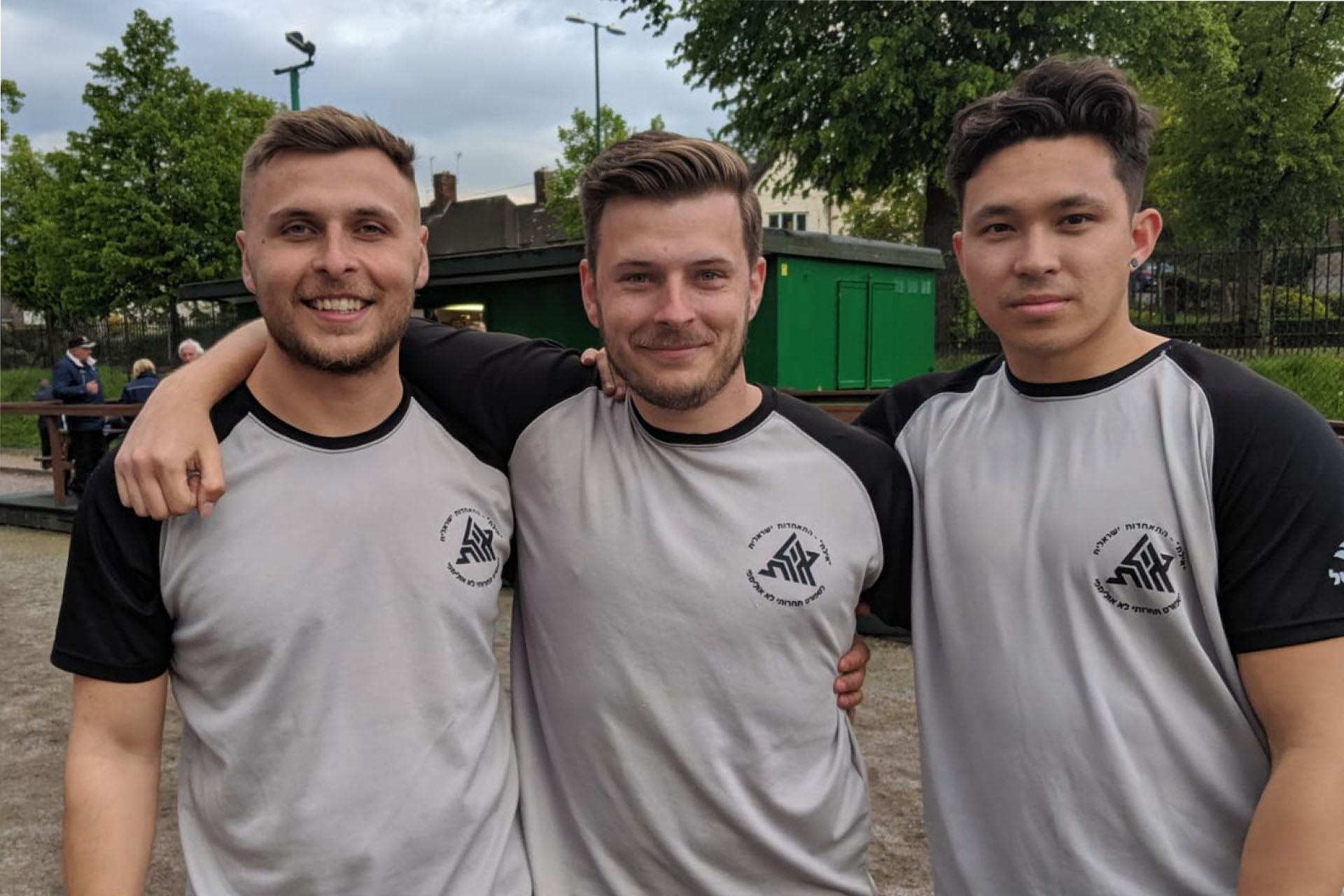 The 2019 Men’s Rankings also kicked off with Triples at Nottingham Pétanque club yesterday with the ultimate prize of selection for England’s European Championship team. In the case of our successful male players, the destination will be Bulgaria in September this year.

Following the morning poules, eight teams out of the 17 competing were successful in qualifying for the quarter final knockout stage.

In the second quarter final, a very tight match comprising a number of former internationals at Junior, Espoirs and Seniors level between Reece Gould, Sam Blakey and Dean Seville against Callum Lombard, Jason White and Jamie Lewis resulted in a semi final place for Team Blakey after they sneaked it 13-12.

The third contest in the Top 8 was between Nouri Baladaci, Mokhtar Benarab and John Geddes who were up against Paul Webb, Dean Webb and Mark Dowman. Team Baladaci had already pulled off a major coup with a 13-0 victory in the poule stage over Nic Baxter, Sofiane Lachani and Monty Quaia, leading to the elimination of the latter from the final stages. This was a similarly nip and tuck affair as the first quarter final with Team Dowman pulling off a 13-12 win.

The final spot in the Semi Finals was taken by Jeremy Huntley, Ross Jones and Rowland Jones, the latter just back from his successful coaching stint at the World Championships in Spain. They defeated Bill Wood, Ian Williams and Philip Price 13-7.

Down to the last four games, Team Bagioli played Team Blakey and Team Huntley faced Team Dowman. A good day’s play came to end for Team Dowman after they suffered a 4-13 loss and the same fate befell Team Bagioli 7-13. Both unsuccessful semi-finalists can be very happy with their performance and clearly demonstrated their competitiveness in a quality field of internationals and former internationals.

The final showdown of the day saw the 30 Ranking points going to Team Blakey after they completed a six-game winning day with a convincing 13-4 victory over Team Huntley who left Nottingham with 24 points.

Typical of many tournaments over the year at Men’s Senior level, there were a few unexpected outcomes in Nottingham, but this shows that the contest is wide open as we move on to the next round in the series of six tournaments in all playing formats of the sport.

Congratulations to all the teams that competed and good luck to all or players over the next 6 weeks or so of Rankings contests.