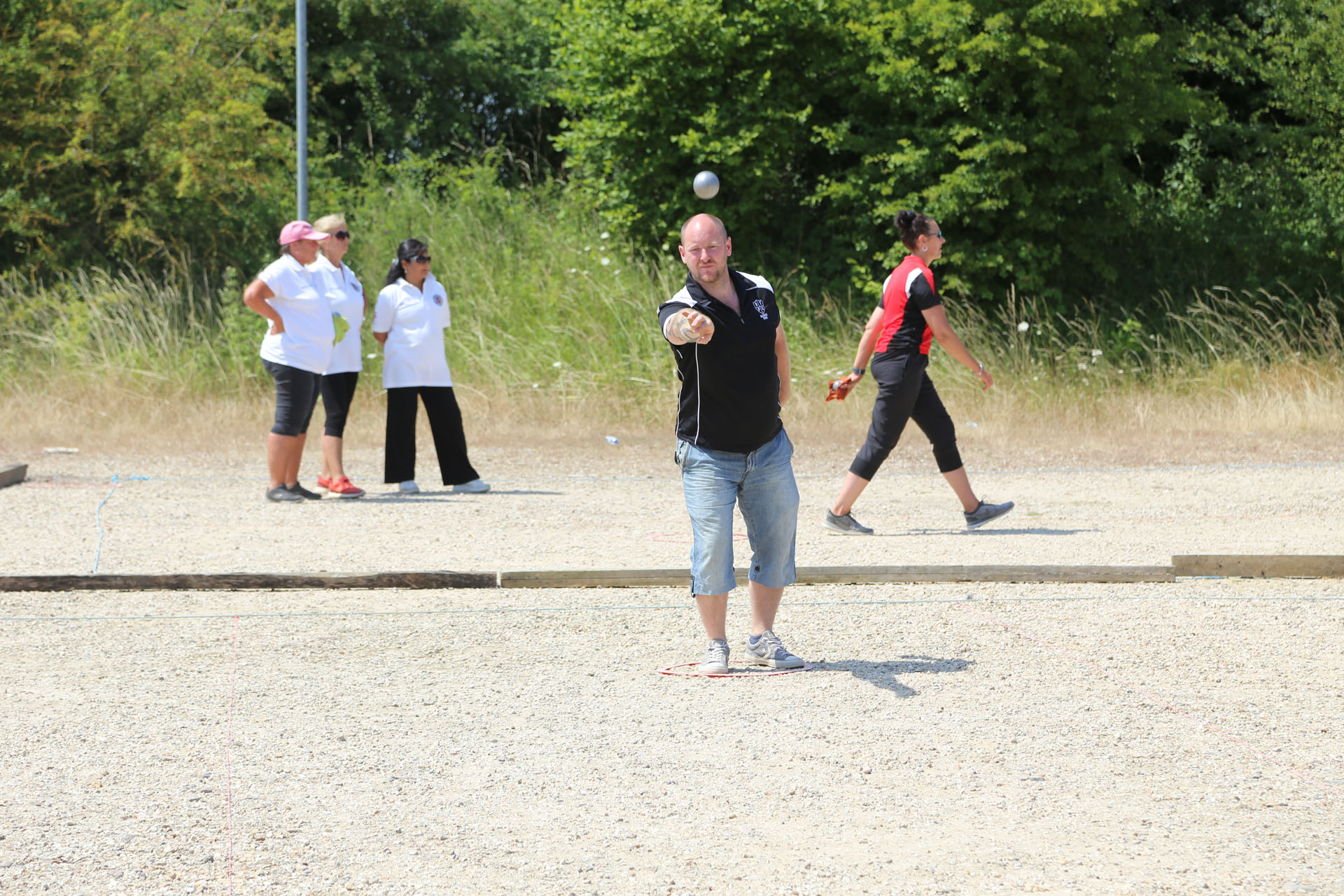 The knockout round is set up after this morning’s set of three poules matches in the respective gender categories.

In the Women’s competition, the trio of Sarah Huntley, Lisa Goliger and and Emma Longstaff led the way with three wins and a plus of 24 points. Also on three wins in second place was Sammy Thatcher, Kaylee Thatcher and Claire White.