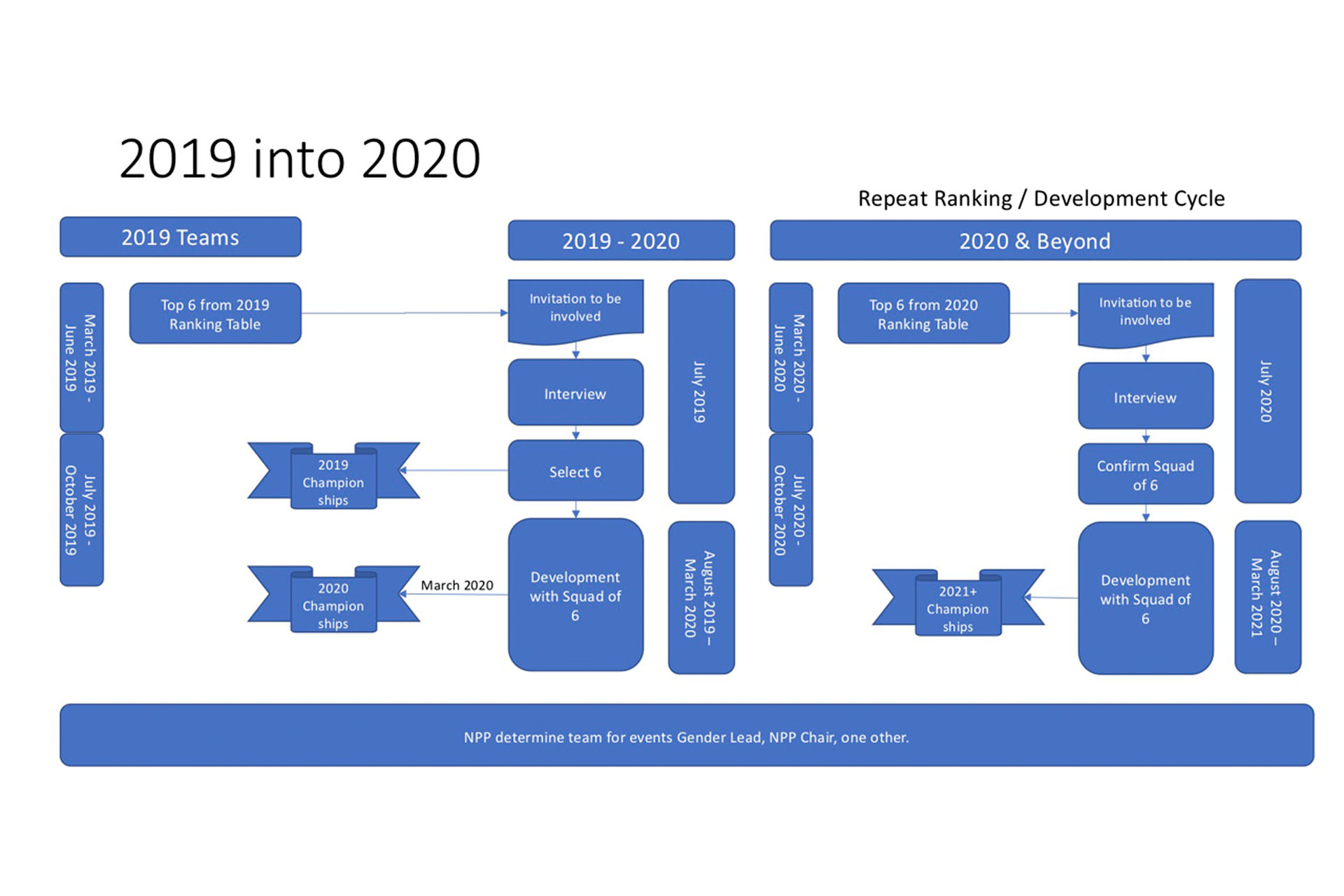 Following a review conducted over several months and also including input from various parts of our membership, the PE Board has decided to introduce National Squads for both our Senior Men and Senior Women.

Earlier this year we announced that this was a direction that we were considering and we also made that clear at a consultative meeting in Milton Keynes with a small group of members, where a paper was put forward on behalf of the Board and discussed along with three alternative options presented by members present that did not involve a Squad System.

We are committed to the stated selection process for 2019, where the Board agreed as part of the consultative meeting in Milton Keynes that the top two players in our National Rankings would receive an automatic invitation to play in the Men’s European and Women’s World Championships. The selection formula involves players ranked 3 to 6 being invited to an interview at the conclusion of the Rankings to make a selection for the two remaining places.

At the same time as these selection interviews, all Top 6 players in both genders will be invited to join the 2019/20 National Squads. Membership of these squads will be subject to the agreement to an Elite Players’ Contract which will set out expected player commitments and also PE’s commitments to the players in terms of support. A development and playing programme will be presented as well at that time.

Only those players in the 2019/20 Squad will be considered for selection for the respective Women’s European Championships (June 2020) and the Men’s World Championships (July 2020). Both these tournaments are taking place several months in advance of their normal timetabling.

The 2020 Rankings will be organised as usual, but this will be on the basis of 5 rounds of competitions comprising two Triples, two Doubles and one Singles (the National Titles Weekend continuing to provide two of the Rankings Rounds). The results of these Rankings will be used to compose the 2020/21 Squads where the same Elite Players’ Contracts will apply. It is our intention to publish the 2020 calendar as early as possible.

The new system reflects the PE Board’s view that the challenges of international competition demand a more focussed and structured approach if we are to progress as a nation in our sport.