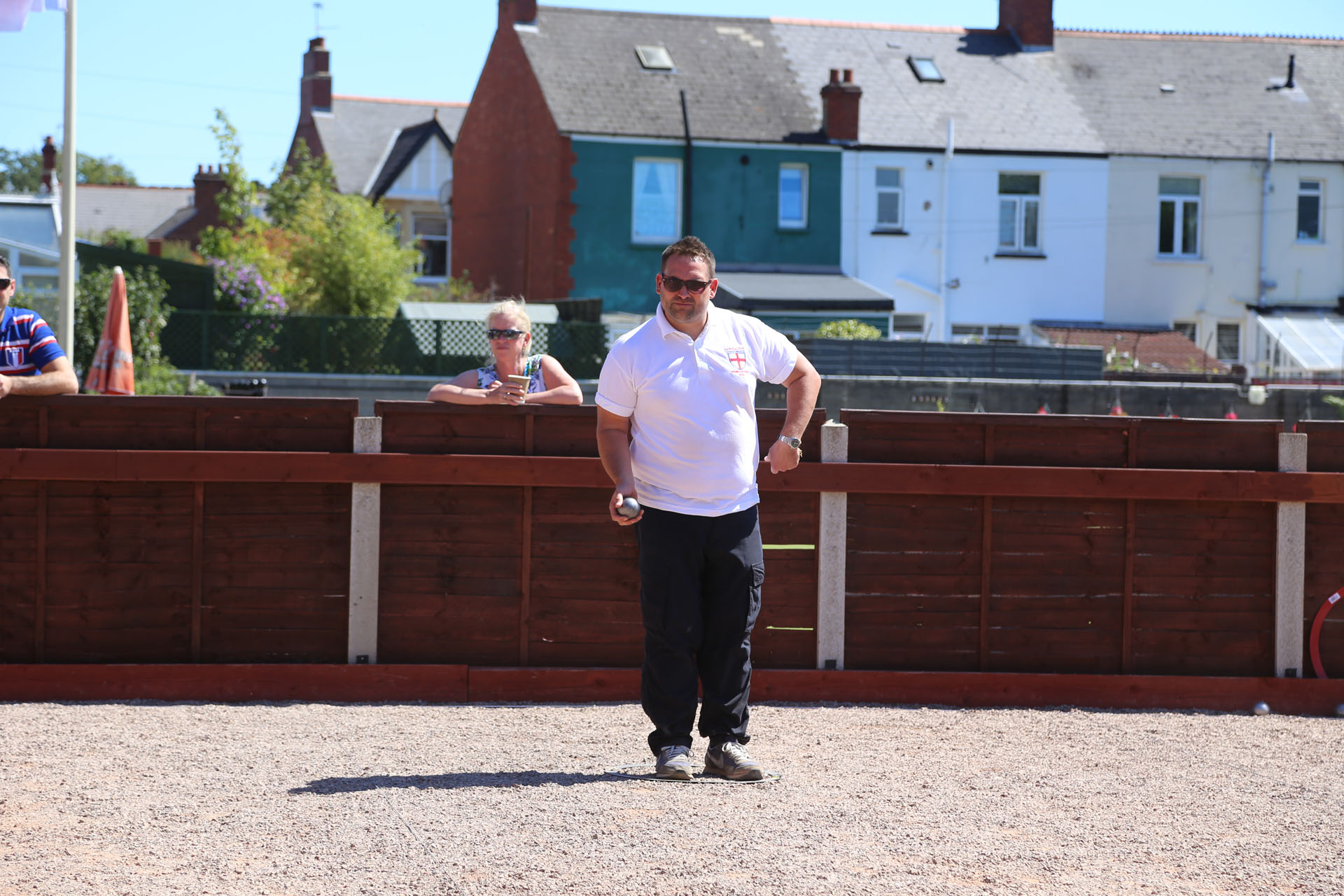 After the excitement of last week’s World Championships in Spain, our attention switches immediately back to the domestic playing agenda.

Nottingham Pétanque Club in our PE Mercia Region sees the first round of our 2019 Ranking Series and this year we start with Men’s and Women’s Triples on Saturday 11th May.

At close of entries on 7.5.19, 17 Men’s and 10 Women’s teams had entered the tournament and members of the PE Board met this evening in London to finalise formats and seedings.

In the Women’s tournament, where players begin their campaign to qualify for the FIPJP World Championships to be held in Phnom Penh, Cambodia (8thto 11thNovember 2019), the morning will see two poules of 6 and 4 teams, with three rounds being played to find a Top 8 for the knockout.

Qualification will be based on games won and points difference assessed across both poules. The order of play in the knockout will be determined by finishing positions in the morning.

Ranking points will be allocated on the basis of the published 2019 playing rules.

The seeds for the Women’s tournament will be:

There is no ranking applied to the seeds; being seeded means that the three teams will not face each other in the qualifying rounds.

In the Men’s tournament, where players begin their campaign to qualify for the CEP European Championships in Bulgaria (19th to 22nd September), the morning will comprise three poules of 4 teams and one poule of 6 teams. Three rounds will be played with a random bye applied across all four poules.

As with our Women, qualification will be based on games won and points difference assessed across both poules. The order of play in the knockout will be determined by finishing positions in the morning.

The afternoon will have an ‘A’ competition of the Top 8 teams, with a ‘B’ competition also of the bottom 8 teams (a playoff game taking place between teams ranked 16thand 17th, prior to the commencement of the ‘B’).

Qualification will be based on games won and points difference assessed across all 4 poules. The order of play in the knockout in both ‘A’ and ‘B’ will be determined by finishing positions in the morning.

The seeds for the Men’s tournament will be:

There is no ranking applied; being seeded means that the five teams will not face each other in the qualifying rounds.

The PE Board has recently decided that it will now apply a flat rate cost of £250 per player as a contribution to international representation (it used to be £250 for European based tournaments and £500 for those tournaments outside of Europe). PE meets the travel, accommodation and kit costs for our selected players. It is a substantial financial burden every year.

In order to ensure that PE’s costs are controlled and within our 2019 Budget, there will be no prize money allocated to Rankings tournaments with the exception of those taking place at our National Titles weekend at Gravesend (Singles and Doubles in both gender categories). The money generated by our Rankings tournaments will be applied to covering our international tournament costs.

Our Home Nations Qualifier (HNQ) always attracts a large field of players seeking to represent England in the annual tournament versus our sister federations in Jersey, Scotland and Wales.

There are 37 teams playing on Sunday 12th May from across the country and as usual, we will be using the Swiss System as we need to find the top 8 ranked teams for our visit to Cardiff on the weekend of August 10thand 11th. 5 rounds will be played to find our England Squad.

It hardly seems possible, but it was four years ago when we were in Cardiff for this tournament. The club’s facilities and hospitality were excellent last time and we’re sure that it will be the same again this year.

We wish all teams the very best of luck in attempting to secure a cherished national representation.