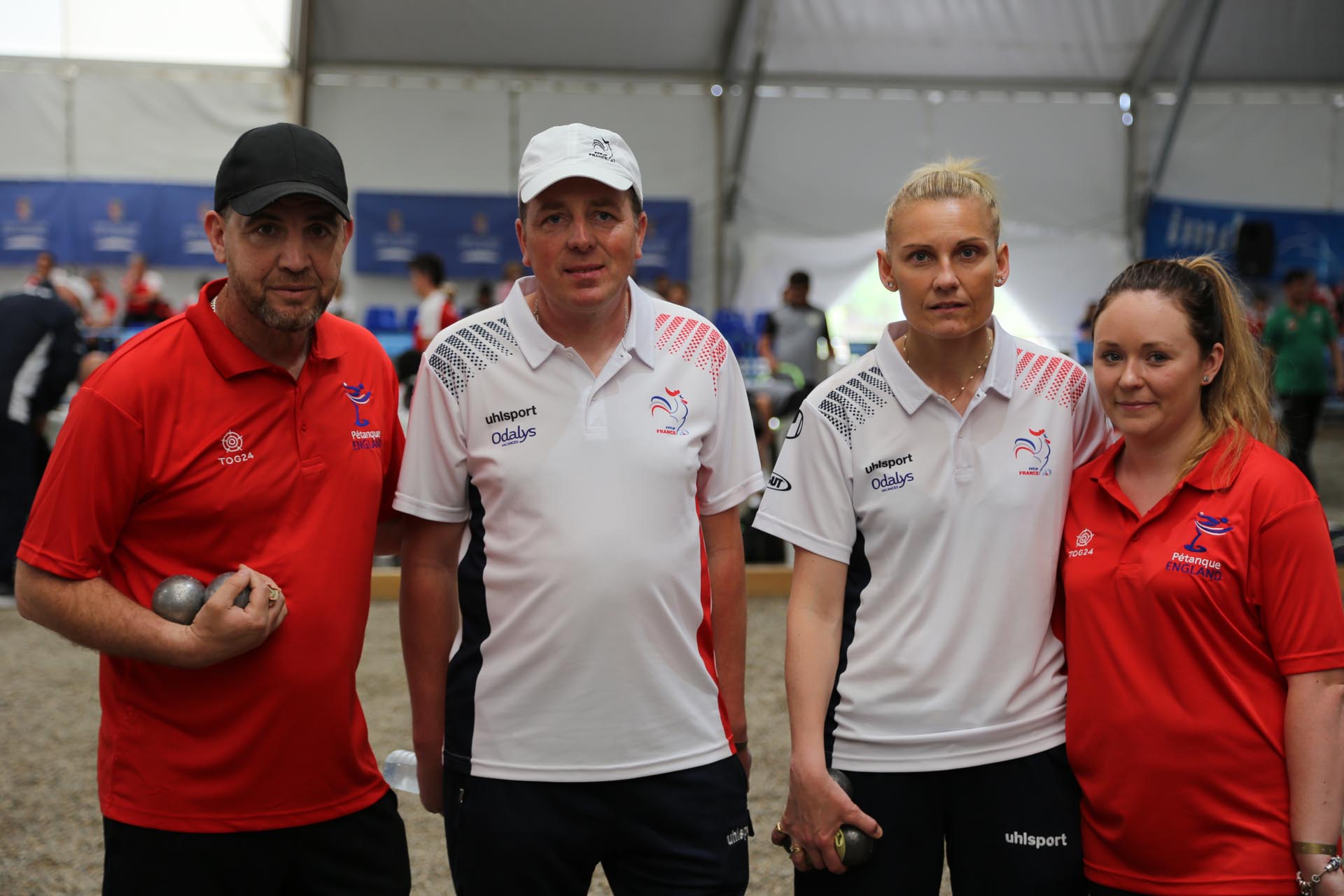 Sammy Thatcher, who was our strongest female Singles player according to our 2018 National Rankings was our selection for the World Women’s Singles.

Unable to play in the 2018 European Championships due to illness, Sammy started well with a convincing 13-7 victory over Russia. In Round 2, she faced an emerging talent in European pétanque in Norway’s Charlotte Jayer. It was a close match, but Sammy was shaded out 9-13.

The draw for the third round was not kind for Sammy, as she was faced with 2016 European Singles Silver Medallist, Jessica Johnansson. The Swedish player always looked in control and eventually won 13-7.

Hoping for a kinder fourth round draw, Sammy was faced with five-times former world champion and local favourite Yolanda Mattaranz. In a closely fought match where Sammy was always in with a chance, the 44-year old Spaniard won 13-11.

Surprisingly, Mattaranz did not end up qualifying for the knockout stages, which no doubt was some disappointment to Spanish fans and the Federation.

Faced with such formidable opposition, Sammy competed well but ended up in 34thplace with just one win. However, she was to make up for the disappointment in the Women’s Doubles.

Sofiane Lachani and Emma Longstaff were selected to compete in this tournament and got a fabulous draw in the first round against two multi World and European champions in the shape of Phillipe Suchaud and Angelique Colombet. This is truly pétanque royalty! By the end of this tournament, Suchaud was to capture his 11th World title, matching the number achieved by French legend Philippe Quintais.

The French pairing were ruthless and England failed to score a point in the match.

In Round 2, England drew Austria and bounced back strongly with a 13-0 victory to immediately offset the previous round’s defeat.

Round 3 saw a much tougher proposition with the Swiss pairing of Joel Chevret and Nathalie Poget. Switzerland have long been a strong boule-playing nation, and England had to dig deep from being behind to win 12-8 in the timed game.

As in the Men’s Singles and Doubles, the two out of three wins set up a final fourth round match where the victor would progress to the final 16.

England faced Israel in this match, but never really got going, eventually losing 4-11. Victory gave Israel 8thplace in the tournament after the qualification stage, and England were finally placed 17th, just frustratingly missing out on 16thposition by one BHN point.