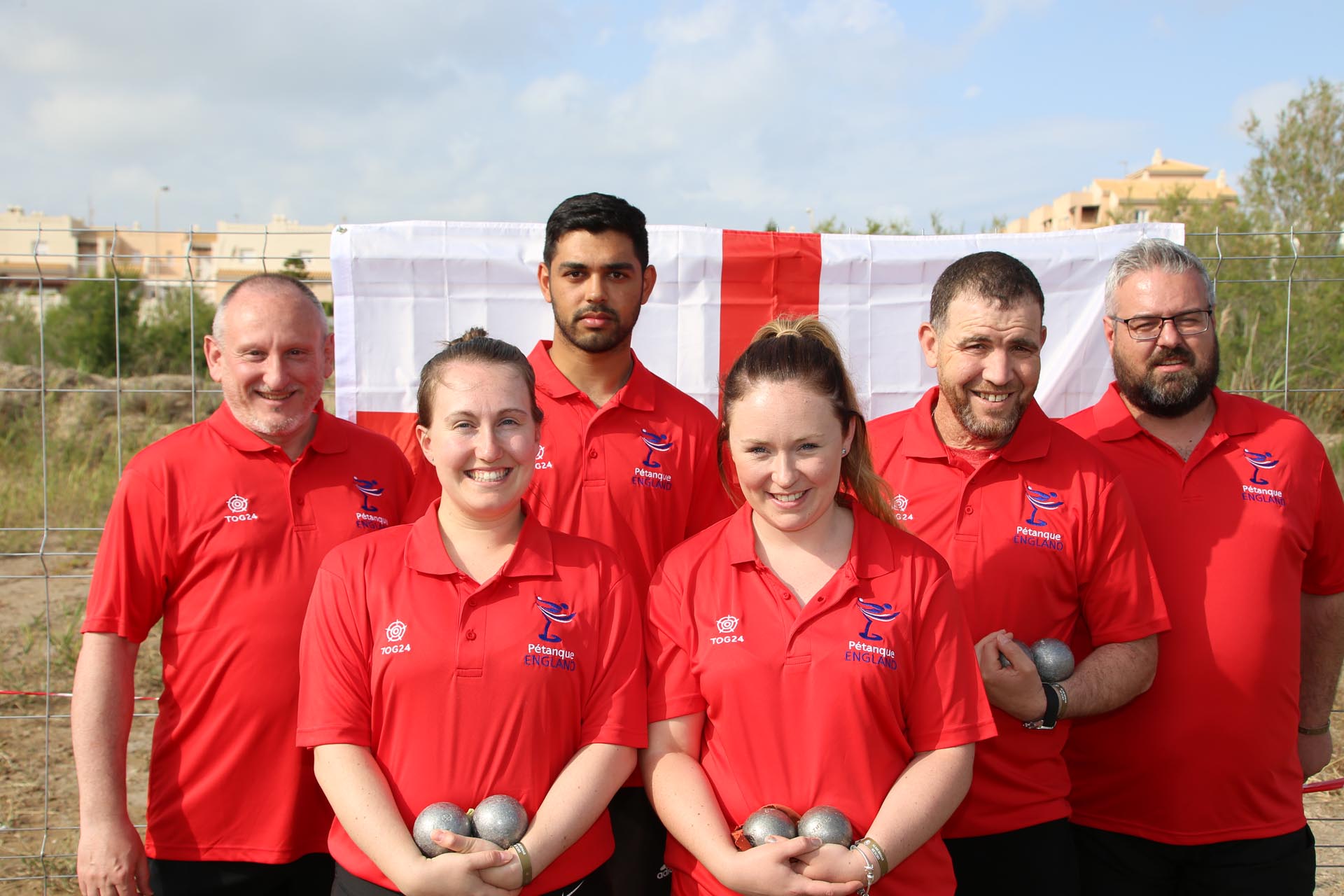 After three days of intense competition in the big tent in El Ejido, Spain at the FIPJP World Championships, England can look back with some satisfaction that progress is being made at elite level. Not only progress, but our Women’s Doubles pairing of Emma Longstaff and Sammy Thatcher took our country to a place in a world-class tournament that has evaded us for a very long time – a quarter final position.

Day 1 in particular was a very strong performance for England, where 7 matches out of 10 were won in the five different formats of the tournament. The second day proved tougher, with just three wins out ten and our teams falling short in three crucial games where a victory would have secured a Top 16 place.

While we didn’t get past the last hurdle in three out of the four formats where we had a chance in the final qualifying game of four played over the first two days (Men’s Doubles, Men’s Singles and Mixed Doubles), the tournament revealed that England can be very competitive at the highest level of our sport.

You can read more about how our teams fared in the individual competitions in three further articles, but the summary of our involvement is as follows:

Throughout, our players looked relaxed and comfortable, which is very important in the heat of this level of our sport. The spirit of our delegation and positive attitude was apparent throughout and our two coaches Nic Baxter and Rowland Jones provided great backup to our players. They are undoubtedly two of wisest heads we have in the sport with extensive experience both domestically and internationally.

The organisational arrangements making sure all our travel, accommodation and on the ground support is as good as it can be is crucial. Our Head of Delegation Annette Eggelton did an excellent job in that regard, allowing our players and coaches to focus on the competition.

Thanks are also due to all the PE members back home that showed their support for our players. Knowing that they have the backing of the entire pétanque community is a crucial ingredient in the confidence of our players in these tough elite tournaments. Thanks to TOG24 as well for supplying our new, distinctive kit.

We now move to the rest of the 2019 international cycle which includes our Women and Youth playing in their respective World Championships in Cambodia, our Men and Veterans playing in their respective European Championships in Bulgaria and our male and female Espoirs travelling to France. The progress and success in Spain should be a solid base from which we can move on.