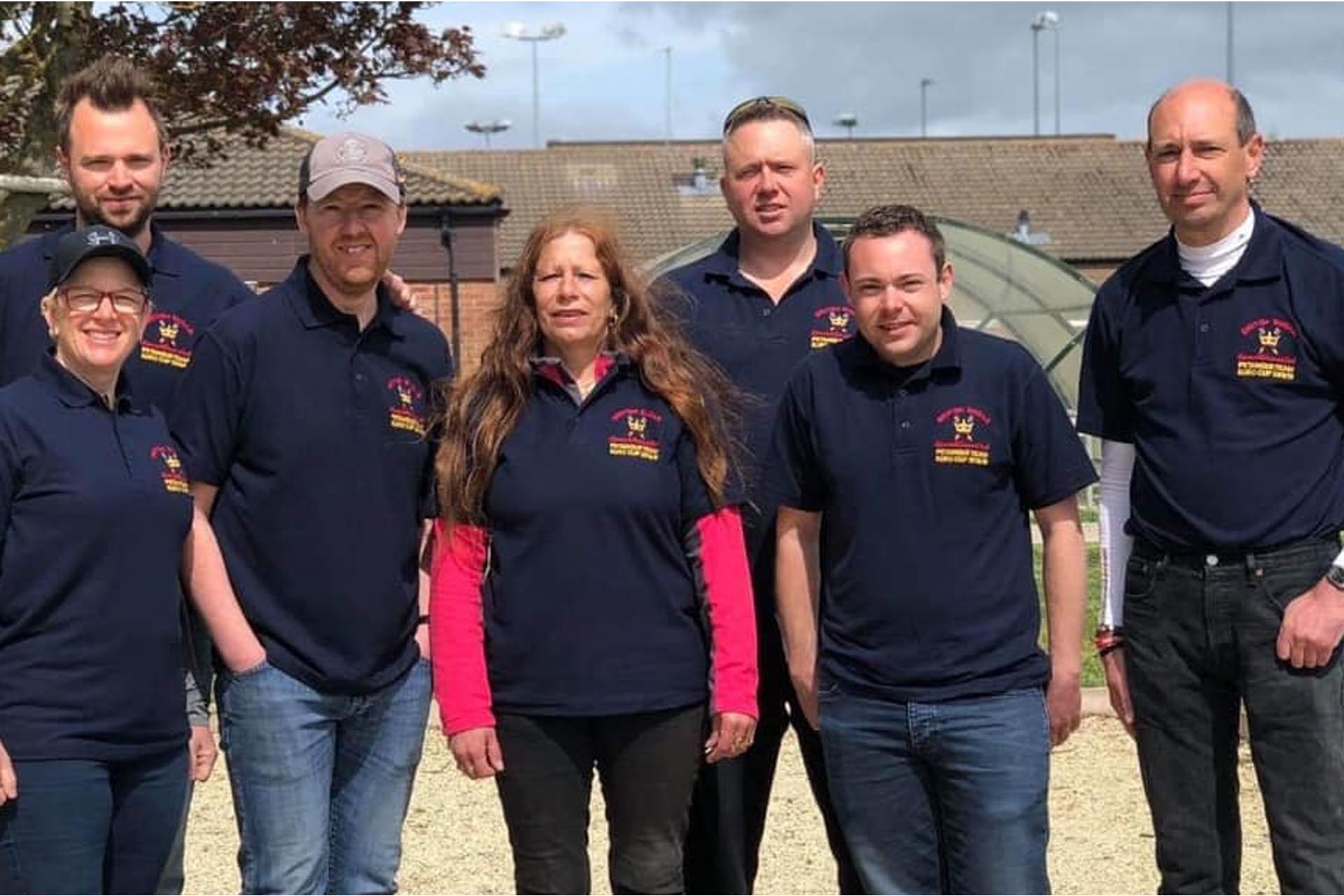 At the same time as the main EuroCup competition, eight PE clubs battled it out in the PE Trophy and the EuroCup Plate at Wallingford.

In the PE Trophy, British Sugar (Anglia) won all three of their matches against rivals City of Bath (Great Western), Wallingford (Thames Valley) and Crowborough (Sussex). The scene was set for the Anglia club’s victory in the very first round of matches against City of Bath.

Although they lost all three of the Doubles against City of Bath, British Sugar got over the line 16 points to 15 by winning both Triples and three out of six Singles. This underlines the importance of the Triples matches which score five points each in the EuroCup format.