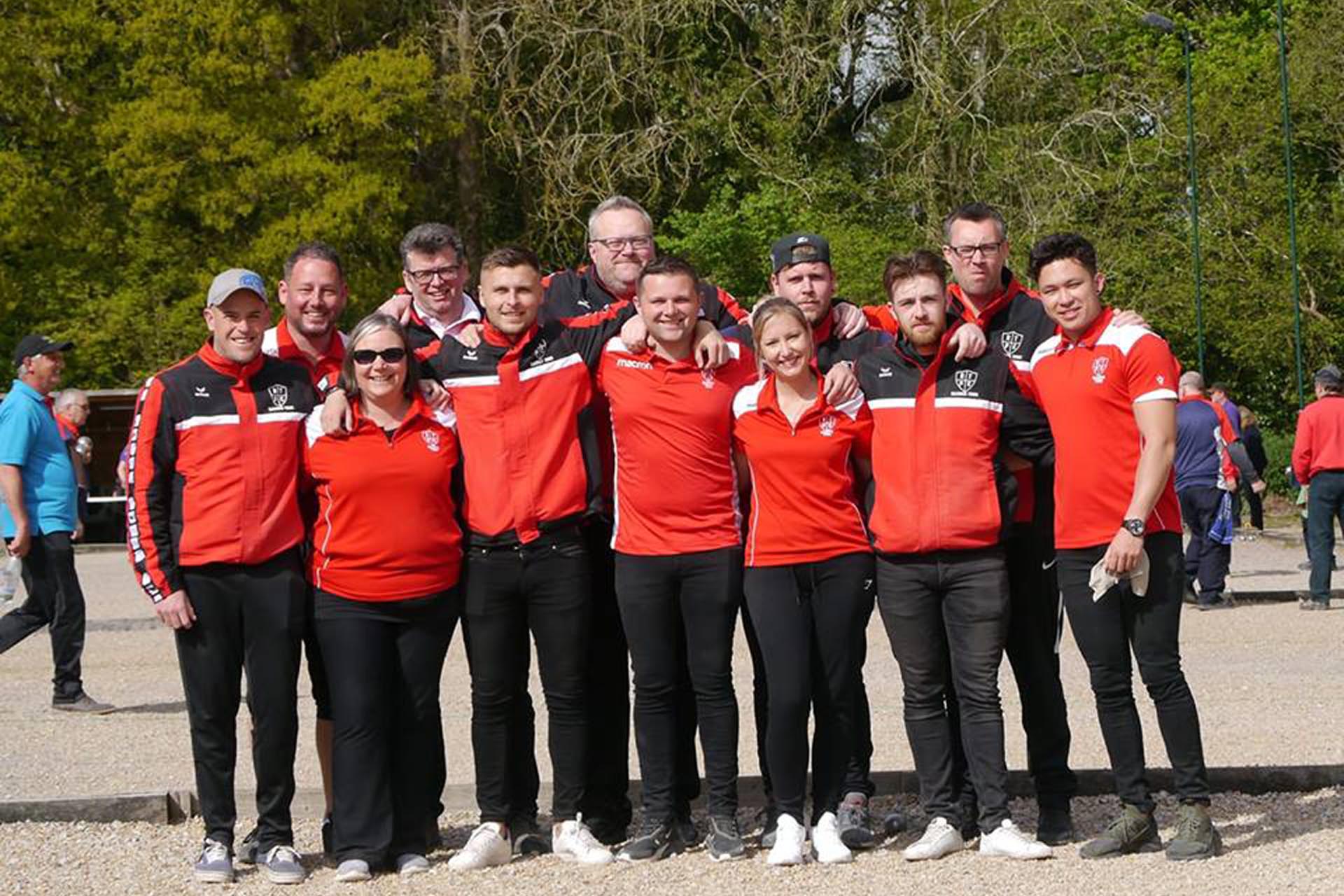 Last weekend’s finals weekend at Worthing in our EuroCup saw Baldock Town (Chiltern) make it an incredible fifth victory in a row, sealing their position once again as England’s champion club.

Round 1 on Saturday saw Baldock pitched against Cobbetts and London against Manston. Baldock completely dominated their match comprising six Singles, three Doubles and two Triples, only losing one Singles encounter. It was slightly less decisive in the other match, with Manston taking two Singles and one Triples, meaning London won the tie by 22 points to 9.

Round 2, also on Saturday was Baldock versus Manston and London versus Cobbetts. Baldock repeated their previous round result, prevailing by 29 points to 2, while London secured a 24 points to 7 win over their Southern rivals.

It meant a Super Sunday Showdown between Baldock and London for the honour of representing our country in the international qualifying stage of the CEP competition.

London hit the ground running in the first set of six Singles matches, putting Baldock on the back foot.

With new London team member Federico Faucher victorious 13-9 over new Baldock Town member David Plumhoff, it was left to Matt Eversden to secure the only two points in the Singles with his 13-9 win over 2019 World Singles pick Monty Quaia.

Trailing 2-10 after the Singles, Baldock knew they had to bounce back in the two Triple matches where 10 points were at stake.

The strength of a team is often best measured by its reaction to adversity, and Baldock began to turn the tie around in the matches which saw Sean Prendergast, Matt Eversden and Phil Winston notch up a 13-5 victory over Sofiane Lachani, Nic Baxter and Federico Faucher, while in the other mixed Triple, Sarah Huntley, Sam Blakey and Jack Blows won 13-10 against Claire White, Monty Quaia and Dean Seville.

The Baldock fightback meant that now they had the advantage 12 points to 10 but this still meant that for either team to take the Champion Club title, wins in two out of the remaining three Doubles matches were required.

In the two open Doubles matches, Monty Quaia and Dean Seville faced long-time playing partners Matt Eversden and Phil Winston. A tight game saw the Baldock duo win 13-10, but only after David Plumhoff was tactically subbed in for Phil Winston at 5-10 down. It was then a more convincing 13-2 victory for Jack Blows and Sean Prendergast over Sofiane Lachani and Nic Baxter. With the remaining mixed Doubles between Claire White and Federico Faucher versus Sarah Huntley and Sam Blakey even at 8-8, the players shook hands as Baldock had already secured the necessary points to achieve their historic consecutive fifth victory.

In the other Sunday match between Cobbets and Manston, the Southern team secured third place by 16 points to 15, the tightest of margins. All four finalists will automatically qualify for the semi-final stages of the 2020 EuroCup.

Baldock now travel once again to the Pachy Club in Waterloo, on the outskirts of Brussels where they will face the Belgian champions along with the champion clubs of Finland, Sweden, Wales, Austria and Russia. Their task, successfully achieved last year at the same venue, will be to secure a top 4 place in the international qualifier so that they can compete in the final top 16 of this prestigious tournament. Let’s hope the spirit of the other great English victor at Waterloo, the Duke of Wellington can carry them through a second time. The qualifier will take place from 25th to 28th July, with the top 16 in Saint-Yrieix-sur-Charente, France from November 29th to December 1st.