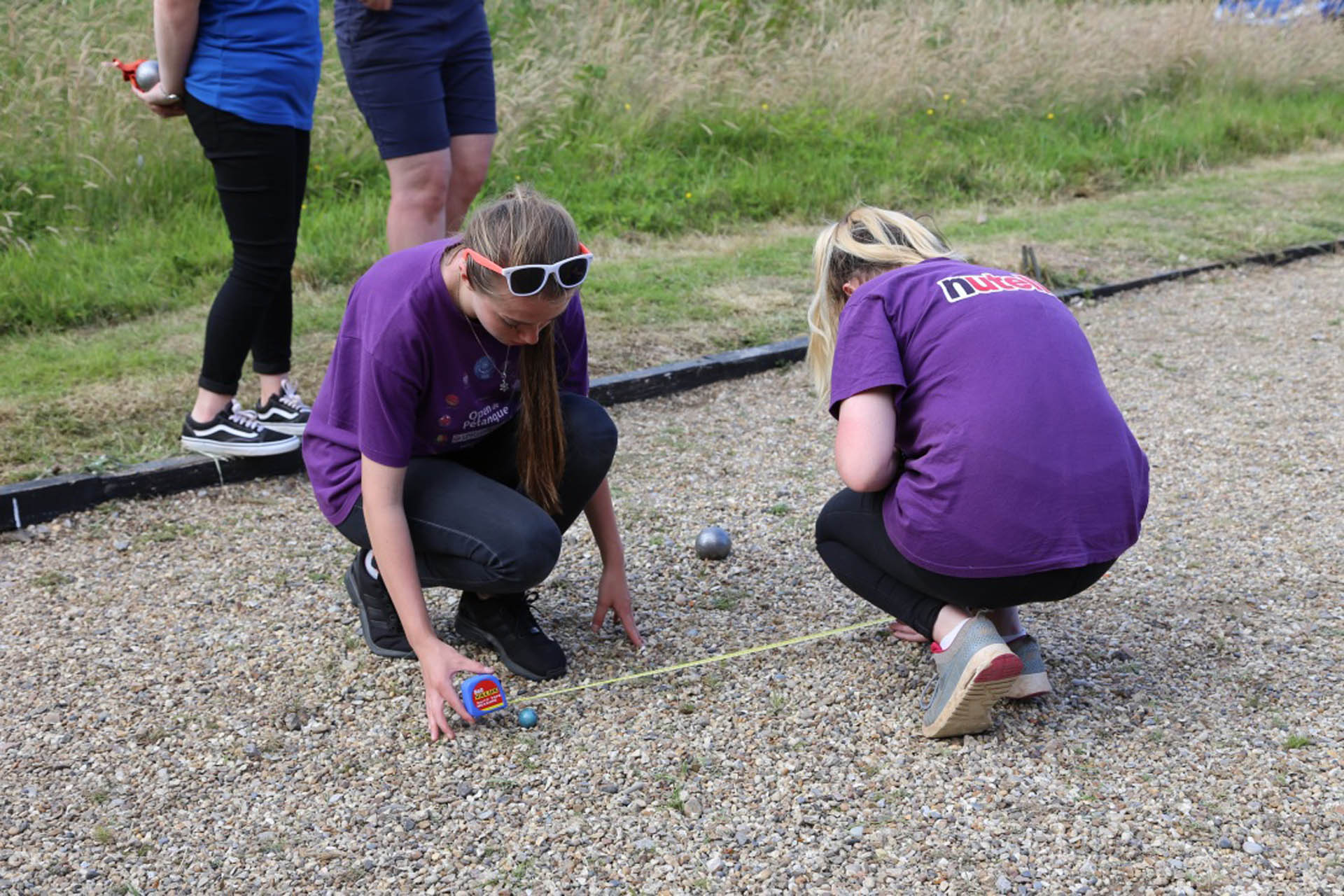 After his preview of the Men’s Doubles, the Hoff has also had a look at our Women’s Doubles also taking place on the same day.

14 teams will compete in the Women’s Doubles, less than would be normally expected, but hopefully we will see a much bigger entry next year when conditions are more favourable.

Last year’s Champion Sarah Huntley, is back again this year but not with partner of 16 months ago, Emma Longstaff. The duo defeated Caroline Edwins and Sarah’s new partner Becky Edwins in the Final 13-9. The Thatcher sisters, Kaylee and Sammy were Semi Finalists in 2019 with their partners Ella Slade and Clare White respectively. This year though, only Kaylee is involved in the doubles as Sammy takes some time out.

There will be 2 leagues of 4 teams and one league with 6 teams. There is no seeding, so the Live Draw by Barry Wing pulled out some excellent groups and matches to look out for.

Last year’s winner and runner up are teaming up together to take on the tournament. Sarah and Becky look the team to beat and will hope to get off to a positive start. Standing in their way are some good teams, notably the very experienced and talented duo of Gay Evans and Tracy Spillett – the duo will have aspirations of making the Gold themselves.

This league is the Women’s “Group of Death”. Kaylee and Ella are back again to try become champions. In 2019 they fell just short but they will be one of the favourites on Sunday. Trying to navigate a route to the final also, will be the ever improving Debbie Matthews and her partner the experienced Myra Emson who will be hoping to get through just like Hannah Griffin and Sabrina Seville, two players with England International pedigree. Both these teams will be eyeing up the Gold.

The group of 6 is always a relatively unknown as you don’t play all your opponents involved. It can conjure up some very interesting seeding. This group is wide open and all 6 will be thinking about making the Gold. The sister duo of Nicki and Claire look the two players with the most experience and know how. But the other five teams will definitely see them as a valuable scalp and will look to put the pressure on them. A very tough group.

We hope everybody has an enjoyable competition. Good luck to all!