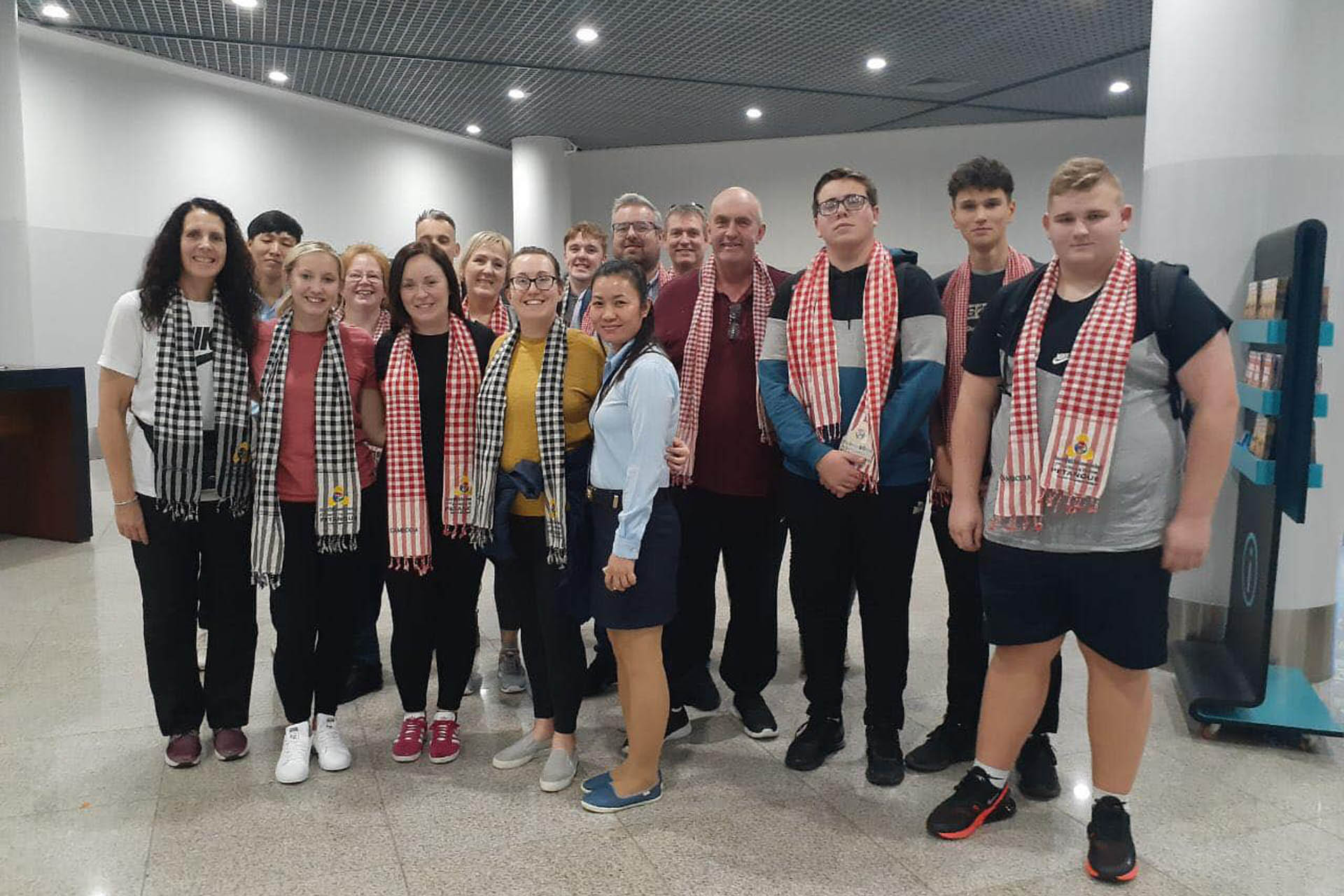 England’s Women and Youth teams completed the first day of their respective World triples Championships yesterday with both registering one win out of three in the five-round Swiss System qualification stage.

In the hot and humid conditions our teams battled well and have set themselves up with a fighting chance of making the final stages of the two tournaments as long as they can win both of their remaining games today.

Our Youth team started their campaign against the hosts Cambodia and with raucous support backing the local team, they acquitted themselves extremely well, leading 9-4 at one point but eventually losing the match 9-13.

In the second round, we faced Sweden, who has a strong and well-established international setup amongst all age and gender categories. This time England played a commanding game and prevailed 13-3.

The final game of the day for our young players was a really tough draw against Belgium, who have consistently been at the top of the world rankings over the years. England struggled to get a foothold and found themselves trailing 0-10, before starting a fightback. Although they eventually succumbed 3-13, they fought very hard and it took their opponents a long time to finish the contest.

The fourth round – a must win for the team to stay in the main competition by making it into the top 16 in the rankings – will take place against Turkey, who also won one match on day one.

Our Women started strongly in the first round with a convincing win 13-2 over Slovakia but then suffered their first defeat in round two 7-13 against Estonia.

The final match of the first day was against Australia where our team started well but then fell behind. With time running out in the timed game, our players rallied to fight back strongly, but found themselves in a difficult place 8-11 down with just one end left.

Unfortunately, it hinged on the very last boule where we were unable to make a point count and ended up losing 10-11.

As with England’s youth, our women need to win both their final games. If they can do that they can secure a place in the top 24 and a match where they can progress to the Top 16 of the Championship, a place they reached in the last World Championships in China in 2017.

England’s opponents will be Chinese Taipei, who also had one win on the first day.

You can follow the progress of both our teams on PE’s official Facebook page. Unfortunately, live-streaming has not been easy due to connectivity problems, but there has been some action captured by our supporters at the venue.

Conditions are tough for our teams, with hard and stony pitches, but we wish our players and coaches all the best for these next crucial matches.