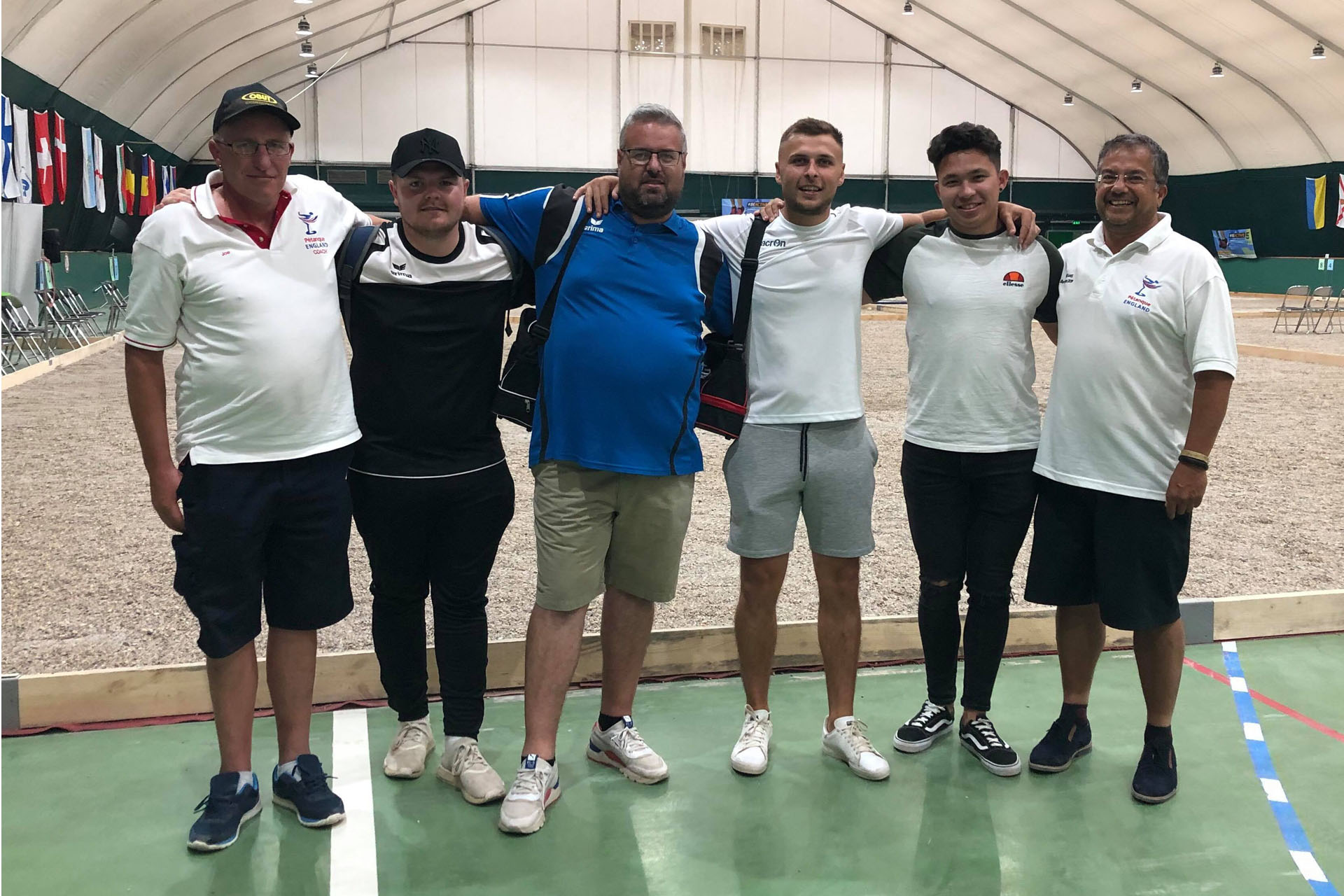 Next up following in the footsteps of our Veterans is our Men competing in the 6th European Championships in Albena, Bulgaria.

The team arrived safely today as planned after an early flight from Luton Airport.

The tournament will start tomorrow with the qualification and repechage for the precision shooting, where Jason will be representing England and competing at 1145 local time (0945 UK  time). The Triples Championship will commence on Friday at 0830 local time (0630 UK time) and the normal five rounds of Swiss will take place to establish a ranked table.

36 teams are registered according to the CEP website and the format after the five rounds of Swiss will be poules to establish a top 8 in both the Championship and Nations Cup. The last time England competed in the Championship in 2017, the team of Sam Blakey, Ross Jones, David Plumhoff and Dean Seville achieved a silver medal in the Nations Cup.

The European Championships are also used to identify the qualifiers for the FIPJP World Championships, with the top 24 teams going through to play in next year’s tournament in Lausanne, Switzerland from 16 – 19 July 2020.

We’d like to wish our delegation all the best in what is always a tough elite tournament. You will be able to follow their progress on PE’s official Facebook page.