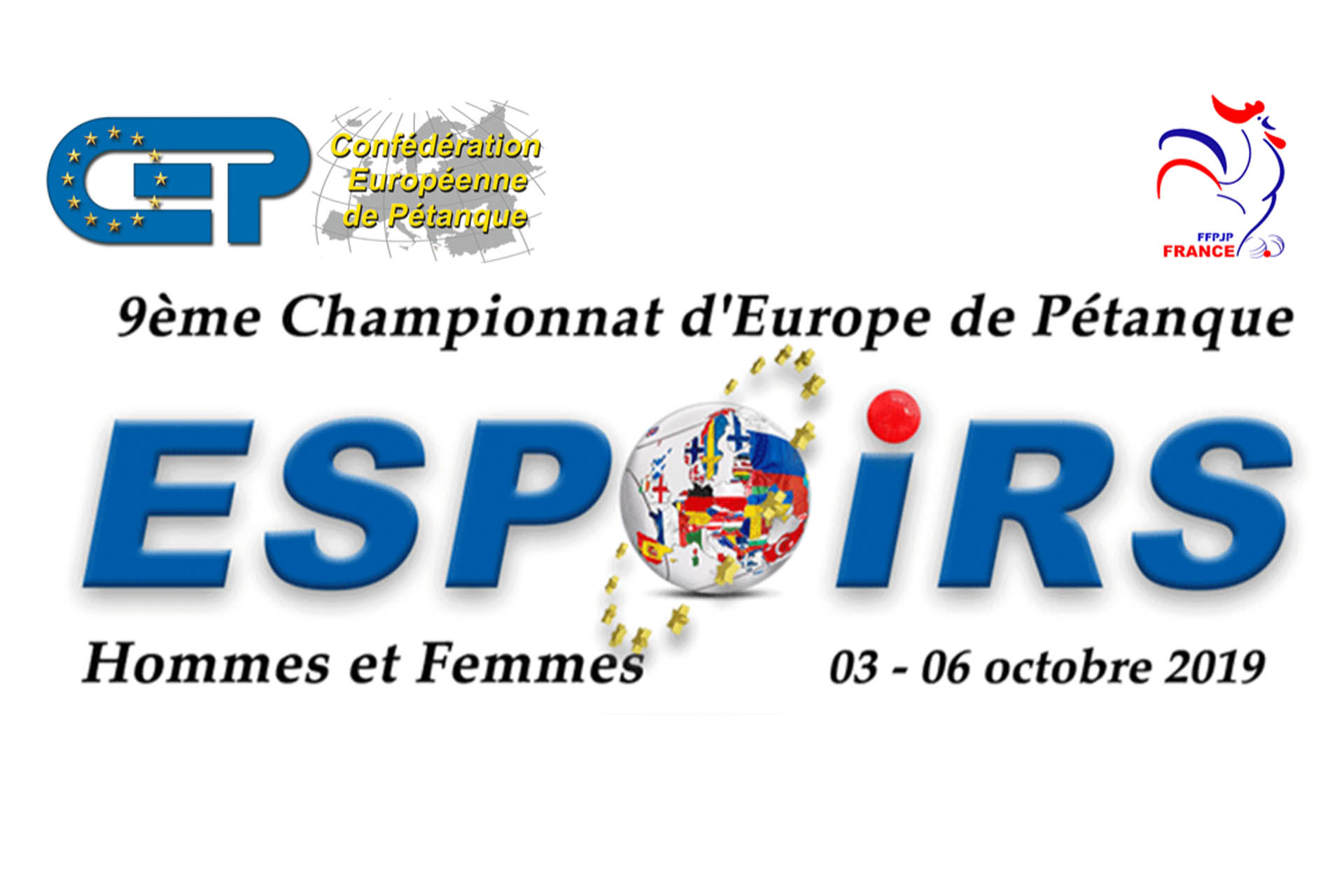 Following input from our coaching team and consideration by the PE Board, we are pleased to announce the Men’s team for the European Espoirs Championships 2019, which is organised on an annual basis by the CEP.

The selection is Jason White, Ollie Zimmerman, Aston Monk and Luke Ashford. We would like to wish the team and their coach Simon Bird all the very best at the Championships which will take place in France (Saint-Pierre-lès-Elbeuf, Normandy) between the 3rd and 6th October. This was the venue for the tournament in 2017, which also included the Men’s European Championships at the same time and where Sammy Thatcher secured a gold medal in the Women’s Espoirs Precision Shooting.

After careful consideration, the PE Board has decided at its recent meeting not to send a Women’s team to compete in the European Espoirs Triples Championships this year.

Unfortunately, due to the limited pool of players and player availability, there were only three female players within the specified age range that could be selected, despite the best efforts of our coaching team to form a team of four. It is the policy of PE to attend elite level triples tournaments with a minimum of four players.

We realise that this will be disappointing for the three players that were available and we will be working with our coaching team to identify other suitable international playing opportunities for them.

We hope to resume full participation in the Espoirs Championships next year.