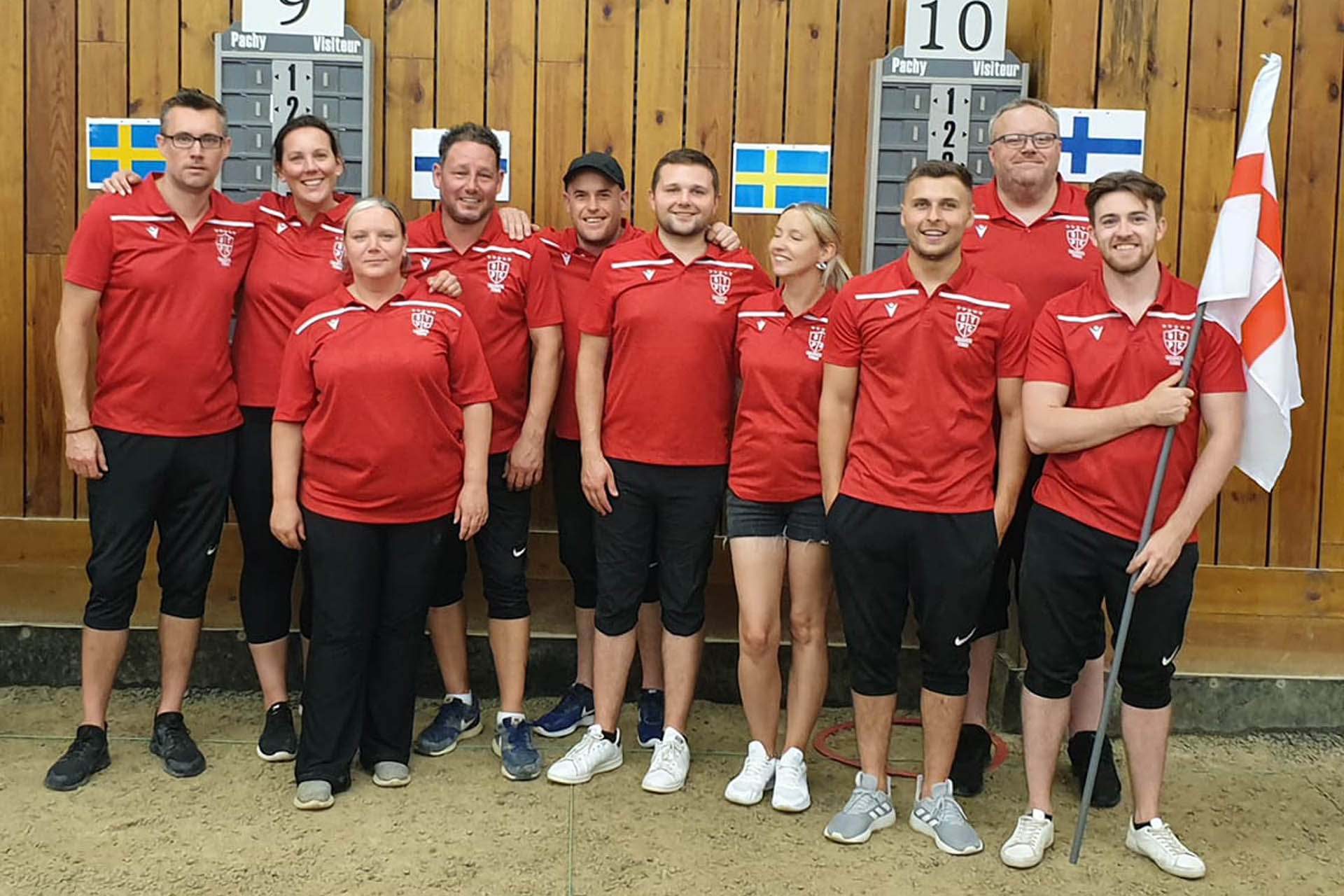 Baldock Town, PE’s Champion Club 2019 hit new heights for our country this weekend. The club won five out of six matches and secured second place in the international qualifying round of the CEP’s EuroCup held at the Pachy Club, Waterloo, Belgium, the location of the great victory of the Duke of Wellington in 1815.

Consistent performers in our domestic competition, this was the fifth consecutive year that the Chiltern-based club had lifted the English title and had previously represented in England in Metz, France (2015 & 2016) and Waterloo (2017 & 2018).

Last year, Baldock had achieved a first for England after successfully qualifying for the EuroCup Finals in France, having secured a top four place in Waterloo. 2018 was the first year that the CEP had taken through 16 clubs to the Finals, previously it had only been eight, with only the top two clubs at the qualifying stage being successful.

The magic number in each round is 16 points and this can be achieved by various routes – for example it’s possible to win half the singles matches, lose all three doubles but win the round by prevailing in both triples encounters.

Given the six-round format and its 11 matches, the qualifying round takes place over three and a half days beginning on Thursday afternoon.

First up for Baldock on Thursday afternoon was a Home Nations match against Wales, where Baldock only lost one singles match to take the round 29pts to 2pts.

Friday morning saw Baldock pitched against the Swedish champion club in a tie that both clubs knew would have a great bearing on the final outcome. The singles went against Baldock by two wins to four and the double by one win to two. The weighting on the triples however allowed Baldock to achieve a narrow 17pts to 14pts victory after both matches were won convincingly.

Buoyed by the critical win over the Swedes, Baldock then faced the hosts, who were European Club Champions in 2016, bronze medallists in 2017 and runners up in 2018. It was a tough match and Baldock were convincingly defeated 2pts to 29pts, only winning one singles match.

Although suffering a first setback, Baldock regrouped overnight and faced Finland where they bounced back to secure another victory by a narrow margin of 17pts to 14pts. It was a repetition of the round against Sweden where two wins in the triples proved decisive after losing 2-4 in the singles and 1-2 in the doubles. The team then followed up with a comfortable 19pts to 12pts victory over Russia, meaning that at the end of Saturday, they were guaranteed Finals qualification.

Sunday morning, it was Baldock’s turn for a bye, meaning that the team could relax and prepare for the final game against Austria in the afternoon. Although the team had already secured second place, Baldock finished on a high note with a 26pts to 5pts win over the Viennese club, losing only one singles and one doubles.

Many congratulations to the members of the Baldock team that travelled to Belgium: Jack Blows, Emma Coggins, Matthew Eversden, Reece Gould, Sarah Huntley, Ross Jones, Jamie Lewis, Sean Prendergast, Jonathan Sewell, Rachel Shaw and Phil Winston. You can all take great pride in the highest ever finish for an English club in a EuroCup international qualifying round.

We now await the details of the four groups for the Finals which will be held in Saint-Yrieix-sur-Charente, France from November 29th to December 1st. The runners-up place in Waterloo will mean that Baldock will receive a favourable seeding.

Update: The CEP have now announced (29th July) the draw for the Finals and Baldock will face the champion clubs of Italy, Czech Republic and Hungary in their poule group which will be a barrage format.