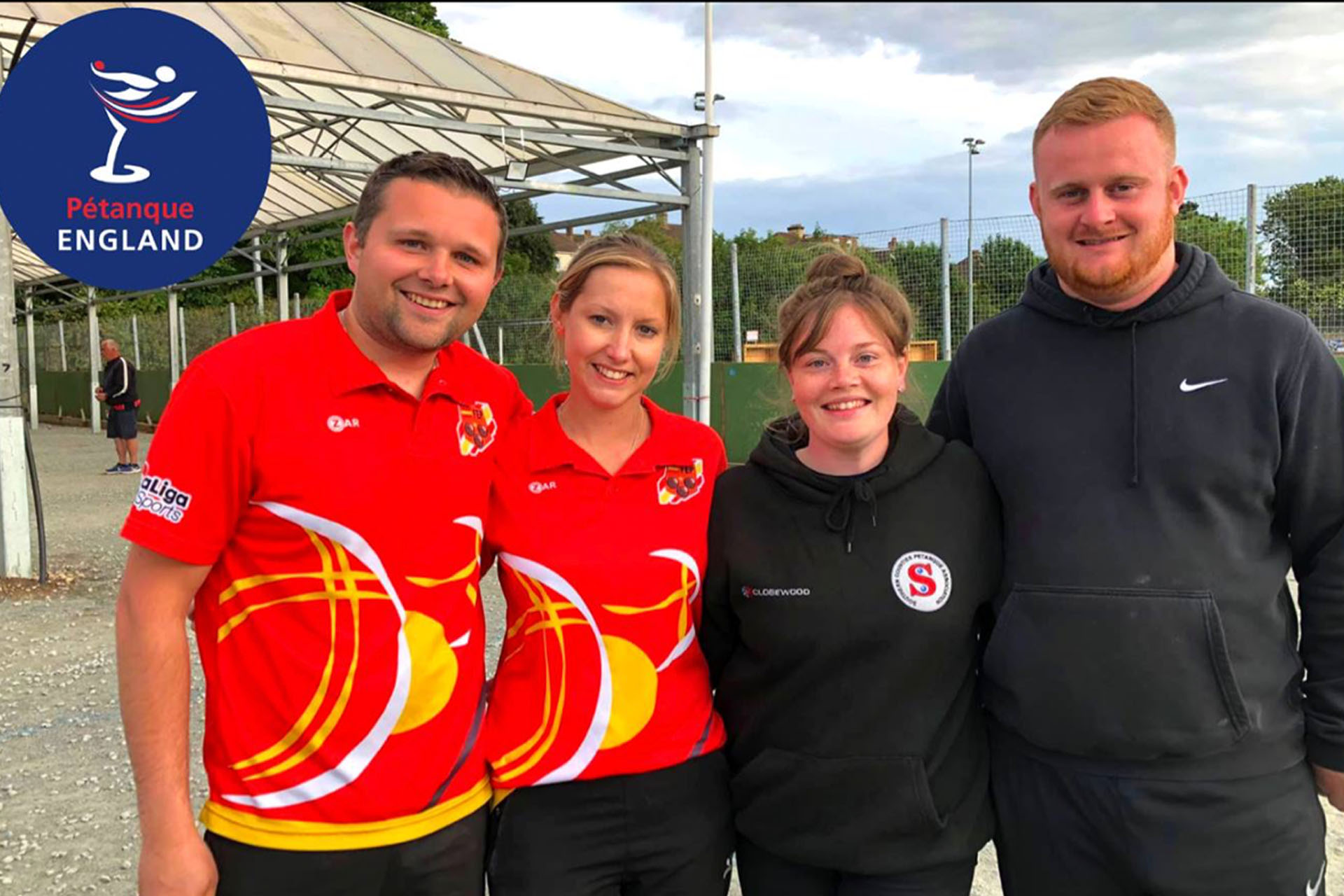 After last month’s gender separate Singles and Doubles at Gravesend, PE completes its traditional trio of national titles with the mixed doubles this Sunday 11th October.

56 teams have signed up for the trip to Gravesend Rugby Club, an encouraging increase in the 2019 entry of 42 teams. Gravesend offers some of the best facilities available in the country for our sport, including the unique covered playing area. Mike Cubitt and his team have been working hard once again with PE national officials to ensure a safe and enjoyable playing experience for all.

A few changes have been made to the setup of the pitches to give greater assurance on social distancing and the tournament will be run following PE’s COVID-19 Play Safe Guidelines. Players should arrive between 8.45 a.m. and 9.15 a.m. for registration with their own jack, scorer, measure and a facemask for use indoors. Pitches have been pre-drawn and play will commence as soon as the organisers are ready.

Once again, PE’s Events Group held a live draw for the competition which will employ a barrage-like format that will be familiar to players who have competed internationally.

Teams have been randomly drawn into 14 poules where they will play two qualification games in the morning. The playing order will be A v B and C v D in the first match and then the two winning and two losing teams will play each other.

There will be two places available in the Gold for teams on one win in their first match (i.e. two points) to make up the knockout of 16 teams. The tie break to decide qualification from the teams on two match points will be by looking at the points difference then points for of and finally a coin toss (if teams cannot be separated). A loss in the first match means that it is not possible to qualify for the Gold.

Once the composition of the Gold is established, then the allocation of teams into the Silver (16 teams), Bronze (16 teams) and Pewter (8 teams) will be worked out on the basis of match points, points difference and points for with a coin toss if teams cannot still be separated.

The two-game untimed format will certainly raise the stakes from the very first boule thrown and the random draw has thrown up some tough groups for a number of teams which on paper look to be amongst the leading challengers for PE’s final national competition of 2020.

The first poule that catches the eye is poule 11 where current and former England  internationals Kaylee Thatcher & Callum Lombard and Sarah Huntley & Jack Blows have been drawn. If they manage to win their respective first matches then a repeat of the 2019 final will take place.

Poule 10 is also one to watch with the young talents of Ella Slade & Jamie Brooks brought together with Liz & Dag Nygaard, Jean & Chris Wilmott and Carolyn & Tim Edwins. Some real family combos there!

Gold, Silver, Bronze and Pewter will all feature plates for those teams that are knocked out in the first round. The Pewter begins at quarter final stage while the other three star with a round of 16. The format guarantees a minimum of four games without byes for all teams.

The total prize fund allocation is as follows:

We wish all our players and officials a safe, competitive and enjoyable final national tournament of 2020.