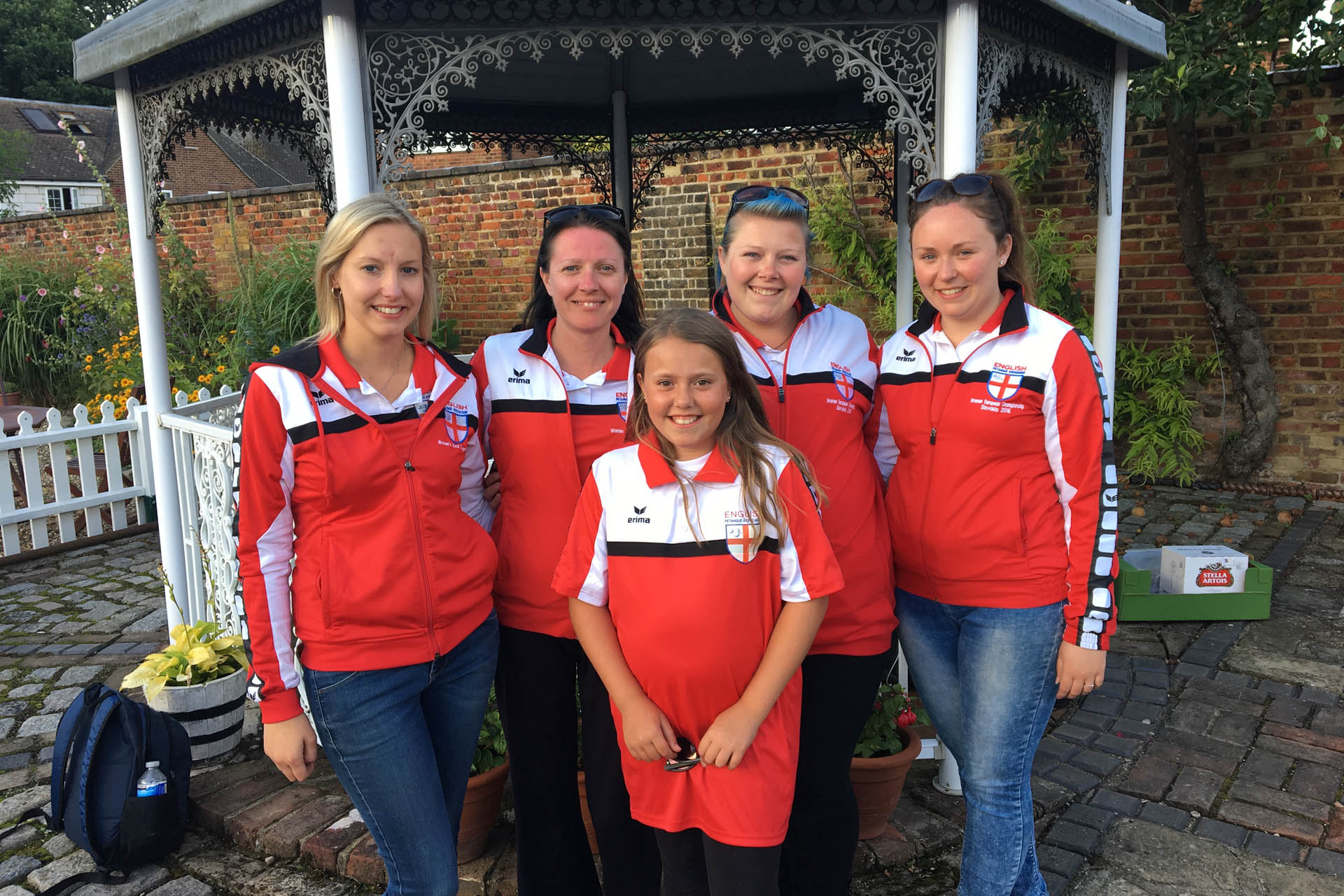 Saturday 19th September will see 18 female PE members compete at Gravesend for the Singles title. We’re down on numbers this time as we start competitive play again, as 30 women competed 16 months ago.

Last held in 2019 at its traditional time of the Saturday of the May Bank Holiday, the Final saw Emma Longstaff narrowly beat Aimee Colley 13-10 after they had prevailed against Debbie Matthews and Becky Edwins respectively in the semi-finals.

We will be crowning a new Women’s National Singles champion in 2020, as Emma Longstaff is not competing this time.

The 18 competitors have been pre-drawn into three poules of four and one of six, with each player involved in three games in the morning. Our Events Group has decided that the poules will be unseeded and that games will play through to conclusion rather than being timed. The competition does not earn points in PE’s National Rankings, which have not been possible to organise in 2020.

Random draws of course can throw up tough poules and the online draw via Zoom (an innovation for PE) certainly achieved that in a couple of cases when you look at Saturday’s morning line-ups.

The order of play for the poules of four will be:

The order of play for the poule of six will be:

England national 2020 women’s squad player Sarah (our Singles Champion in 2016 & 2017) and former national women’s player Kaylee find themselves up against youth talent Ella and Linda who won all three of her morning poule matches last year, including wins against Ella and 2020 women’s squad player Hannah Griffin. Kaylee went on to defeat Linda in the first round of the knockout (top 16). The first match of the day, Sarah versus Ella looks like a prime candidate for live-streaming. On paper, this looks the toughest poule

This also looks an interesting group with 2019 semi-finalist Debbie Matthews, 2020 women’s squad player Hannah Griffin along with Gay Evans and Chris Spray who both competed in 2019 in this competition, reaching the quarter finals of the Silver.

Judith and Kerry didn’t compete in 2019 and are in a group with Nicki Scott who topped the morning table in 2019 with three wins out of three and a plus points of 25. However, Nicki was defeated by Debbie Matthews in the first round of the Gold knockout. Carla was the runner up in the Silver Plate in 2019.

All of the players in the poule of six competed in 2019. Sabrina and Becky (our Singles Champion in 2018) are members of the 2020 Women’s Squad, while Claire was part of the 2019 Women’s World Championship team in Cambodia as well as the 2018 Women’s European Championship (where Sabrina was also a team member).

Giselle and Elliane both qualified for the Gold in this competition in 2019. Giselle progressed to the quarter finals after defeating Claire in the round of 16 before losing to Emma Longstaff, while Elliane was also knocked out by Emma in the round of 16 and then narrowly lost to Claire in the first round of the Gold Plate. Claire went on to win the Gold Plate, beating Sarah Huntley 13-7. Diane progressed to the semi-final of the Silver Plate last time out losing to Melanie Williams, the eventual winner of that competition.

The playing combinations in the poule of six produce some fascinating morning battles and on paper, Becky seems to have the toughest draw.

There will be Gold and Silver Plate competitions for first round losers.

Cash prizes will be on offer and these will be announced prior to the competition once our Events Group has worked out the allocations.

We’d like to wish all our women players an enjoyable and safe tournament.