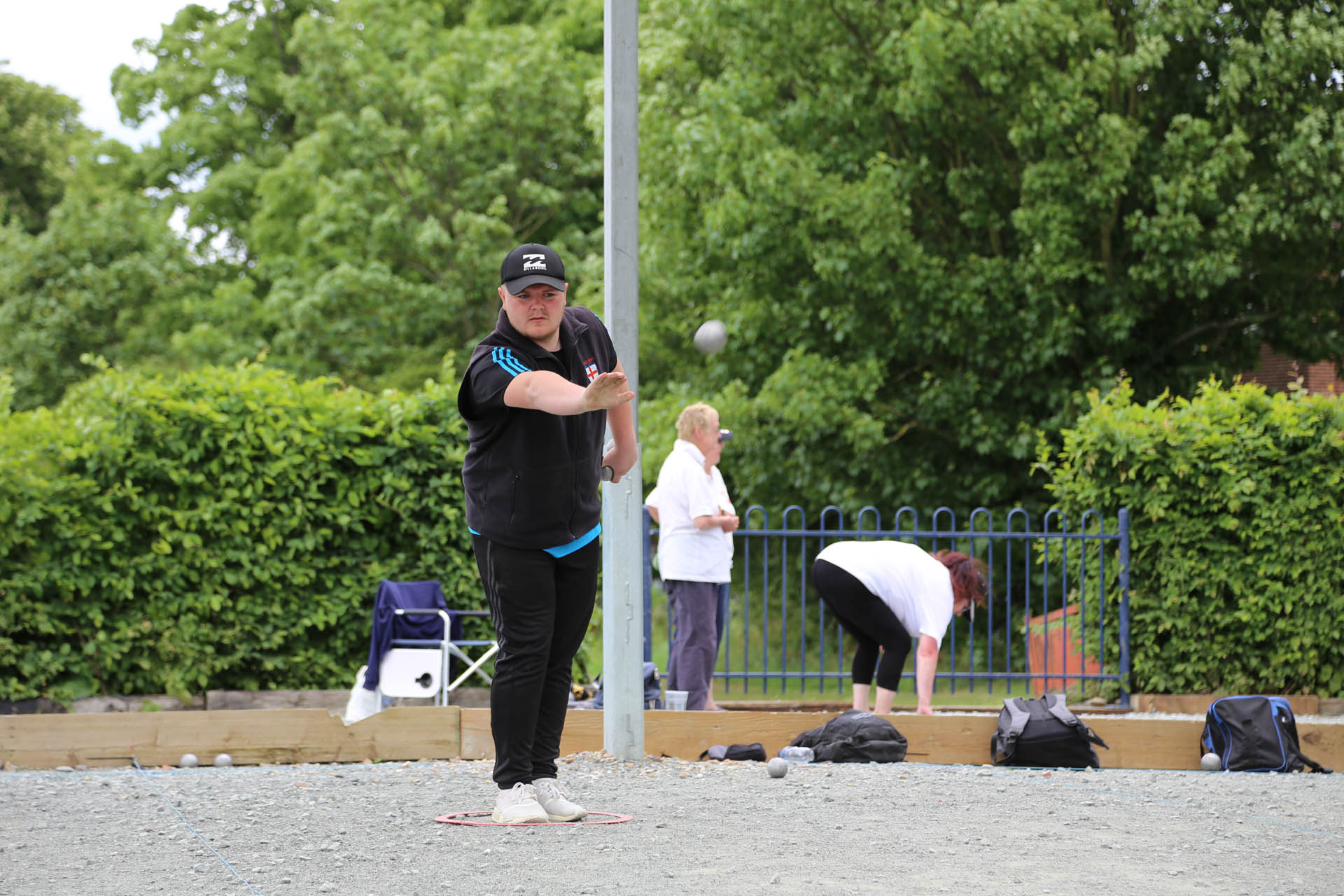 The CEP’s virtual precision shooting challenge organised by the Danish Federation (DPF) opened on Wednesday and Thursday of this week with promising showings from both England teams.

The competition’s first round saw 23 international teams comprising a senior male, senior female, espoir (male or female), youth (male or female) and veteran (male or female) play for a seeding. Each player shot 30 boules in total at a single boule target from 7m. One point was awarded for hitting a target boule, meaning that a maximum of 30 points could be achieved by each player.

England 1 chalked up an impressive 125 points out of a maximum of 150, meaning they achieved a team hit ratio of 83.3%. They were only surpassed by a single point by Germany 1, meaning that the team goes into today’ second round draw at 9pm UK time as second seeds.

All of England 1’s members scored in the 20’s, with Jason White (espoir) producing the top score of 27. Jason ended joint second highest in the espoirs category, level with Norway’s Gabriel Gjengstø Bel-Lafkih and only one point behind Robert Ulfsson of Sweden.

Cliff Cambell (veteran) also chalked up a fine score of 26 for the team, and like Jason achieved second highest score in the category, alongside Thomas Hartmann of Sweden and one behind Peter Weise of Germany.

A further joint second highest score was also marked up by Jamie Brooks (youth), joining Vojtech Bilek  of the Czech Republic on 26 points, yet again just one point behind Gabriel Huber of Germany.

The addition of very solid scores of 24 from Reece Gould (men) and 22 from Becky Edwins (women) underpinned an overall great team performance.

England 2 saw Jeremy Huntley (men) top score on 24 followed by a very creditable 22 from Graham Elcome(veteran). The trio of Hannah-Louise Griffin (women), Alex Spillett (espoir) and Baillie Inglis (youth) all weighed in with 20 points each to ensure that every England competitor had a ‘2’ in front of their score. In particular, Baillie showed maturity way beyond his 12 years in his terrific first official representation for our country.

Round 2 of the virtual tournament, the group stage, will be played head to head, matching the respective countries’ player categories. The teams will play each other in the same group in a five round format.

In the group stage, it will again be 30 shots per player but this time at 8m. 1 game point is given to the winner of each game i.e. a total of 5 points per team match. If the two opposing players tie each player is awarded a half point. For a winning match, 2 Match points are given and for a draw, 1 match point is given to each team.

The top 16 teams from the group stage will then compete in the final knockout stage, again matching the respective countries’ playing categories, but shooting at 9m.

After this promising start from England, we look forward to the next stage of the competition. You can follow the action and watch all our players shoot live on the special Facebook group that has been set up.

Good luck to all our players for the rest of the tournament!