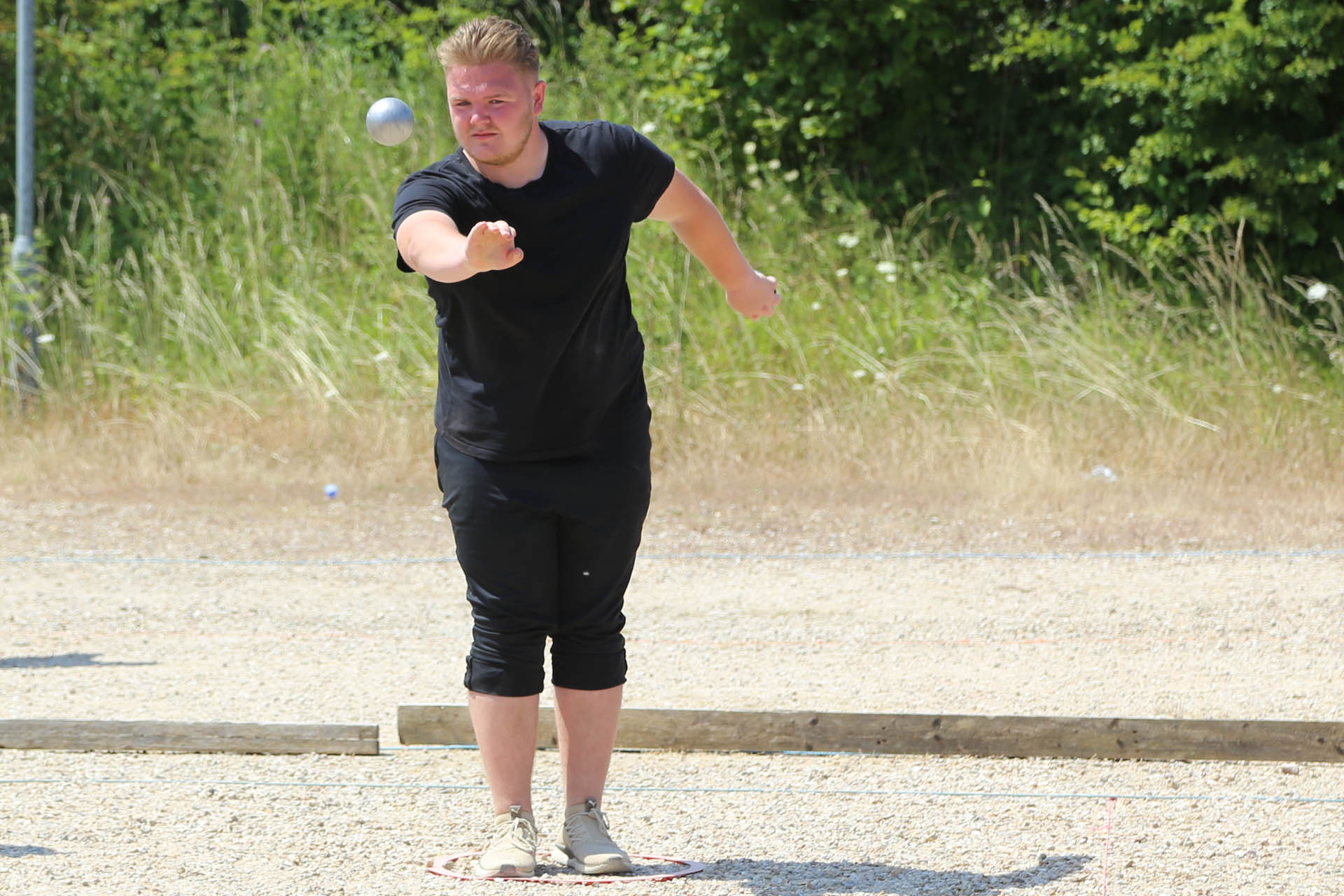 In his first international representation at senior level after coming up through PE’s youth and espoir ranks, Jason coped with the higher level well, showing that there is much more to come from him.

In the qualification round held this morning, Jason scored 21 points in the five round precision shooting format. This placed him joint 18th and with the opportunity in the repechage (those players ranked 5 to 20) to try and make the Quarter Finals.

It was always going to be a tough ask to rise up the ranks from 18th to no worse than 8th, but Jason took on the task confidently, adding 31 points to his earlier score and ending on a combined total of 52 points.

His efforts in the repechage were only bettered by six other players out of 16, and included four maximum five point shots in the single boule stage at 6m, the boule behind the jack stage at 6m and two removals of the jack in the final stage of five at 6m and 9m.

In the event, the qualification bar was set at 64 points, achieved by Holland’s Joey van Doorn who was placed in 8th position. Belgium’s Joel Marchandise was 7th (66 points), Monaco’s Vincent Ferrandez 6th (68 points) and France’s Christophe Sarrio 5th on 81 points after he added an impressive 46 points to his qualification score of 35.

Precision shooting is a high pressure exercise and the margins of error are very fine. Achieving consistent scores is very tough and this was underlined by the performance of Singles World Champion Maiky Molinas of Switzerland who ended up in 18th place after only adding 15 points to his earlier total of 33.

Scotland’s Robbie Stronach had an excellent day, ending up on a combined total of 59 points after shooting 32 in the qualification and 27 in the repechage. Subject to confirmation by the Scottish Pétanque Association, his 11th position in this format must be one of the best or if not the best achieved at this level for our sister home nations federation.

This creditable and assured performance by Jason will set him and the England team up for the start of the triples championship tomorrow which begins at 0830 local time (0630 UK time). England will face Latvia in the first Swiss round of five and you can follow progress on PE’s official Facebook page.