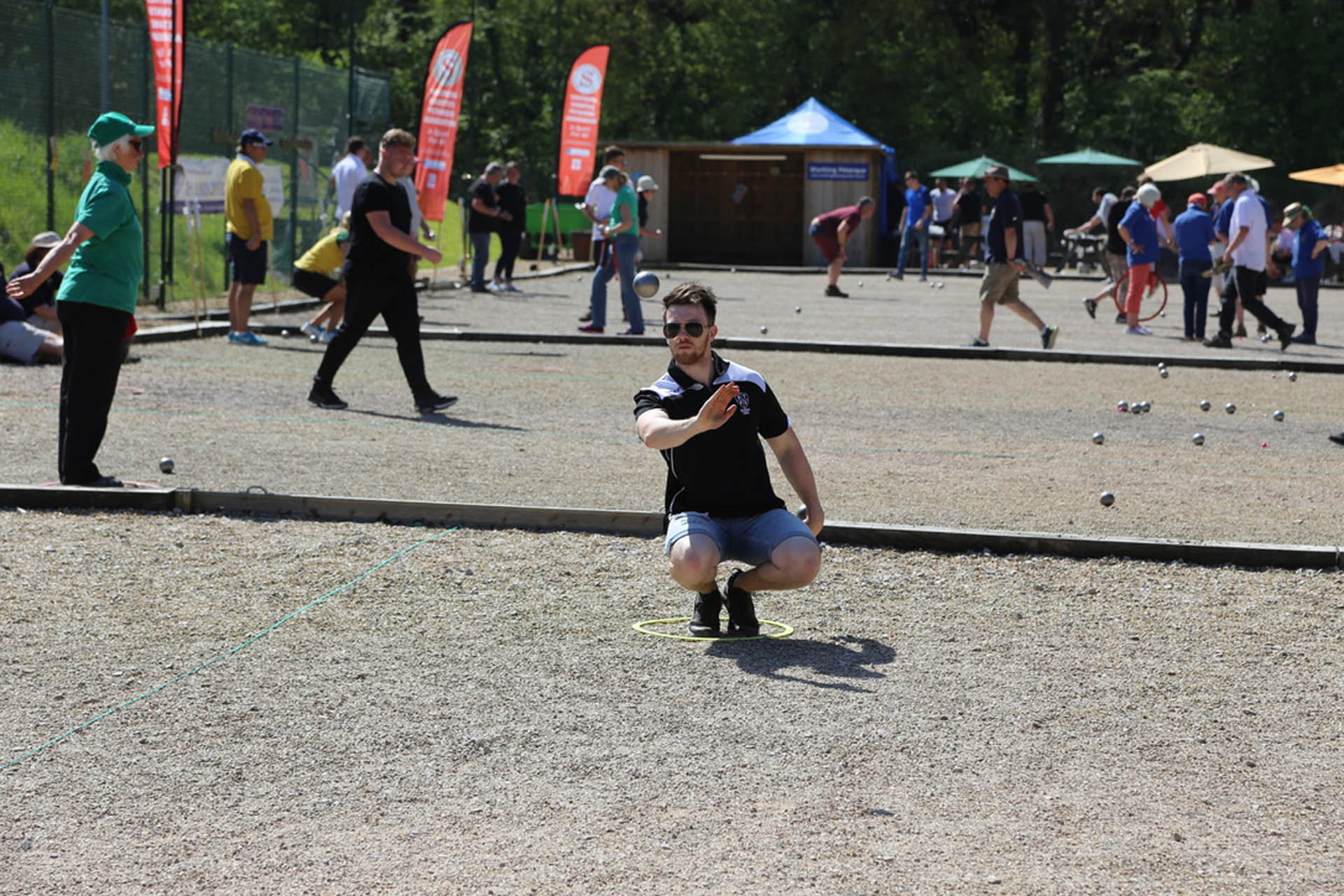 We’re back again in Kent for one of our main weekends of the playing calendar and the weather looks like it’s going to be kind to us, although not as hot as last year. The Gravesend club has been working hard to prepare the venue, and we’d like to put on record straight away our thanks and appreciation to all involved in the behind the scenes preparations.

So, as a preview, let’s run through what’s in store in the various competitions.

Tradition says that Saturday is Singles day and we have our two gender separate competitions. We’re planning on everybody turning up, but of course the format set out below may have to be adjusted depending on what it looks like at close of registrations.

Remember: registration for PE national tournaments is always between 0845 and 0915 – don’t be late!

For our Women, we have 30 entries, so it will be 7 poules in the morning (6 x 4 and 1 x 6). We’ll take through 16 players to the afternoon ‘A’ knockout which will be seeded on overall games won and points (not on finishing position in the poule – this applies to all competitions this weekend). The National Ranking points will be contested in the ‘A’ Competition. The remaining 14 players will be in the ‘B’ Competition.

Losing players in the first round of the knockout in each competition will play in that competition’s consolage.

We will be seeding all of the competitions and we have used players’ positions in the 2018 Rankings to determine the seeds in the morning poules. There is no order of seeds, the number is linked purely to the number of poules, meaning that seeds will not encounter each other in the morning.

We will post the seeds before each competition and to start things off, the seeds in the Singles are shown below.

Again, we’ll update before each day’s competition, but for Day 1, the prize allocation for both Men’s and Women’s Singles is as follows (except where noted):

There’ll be regular updates on the PE website and social media as well as live-streaming of key matches. Keep tuned to follow all the action. Good luck to everyone, our players, umpires and organisers. Have a great weekend!