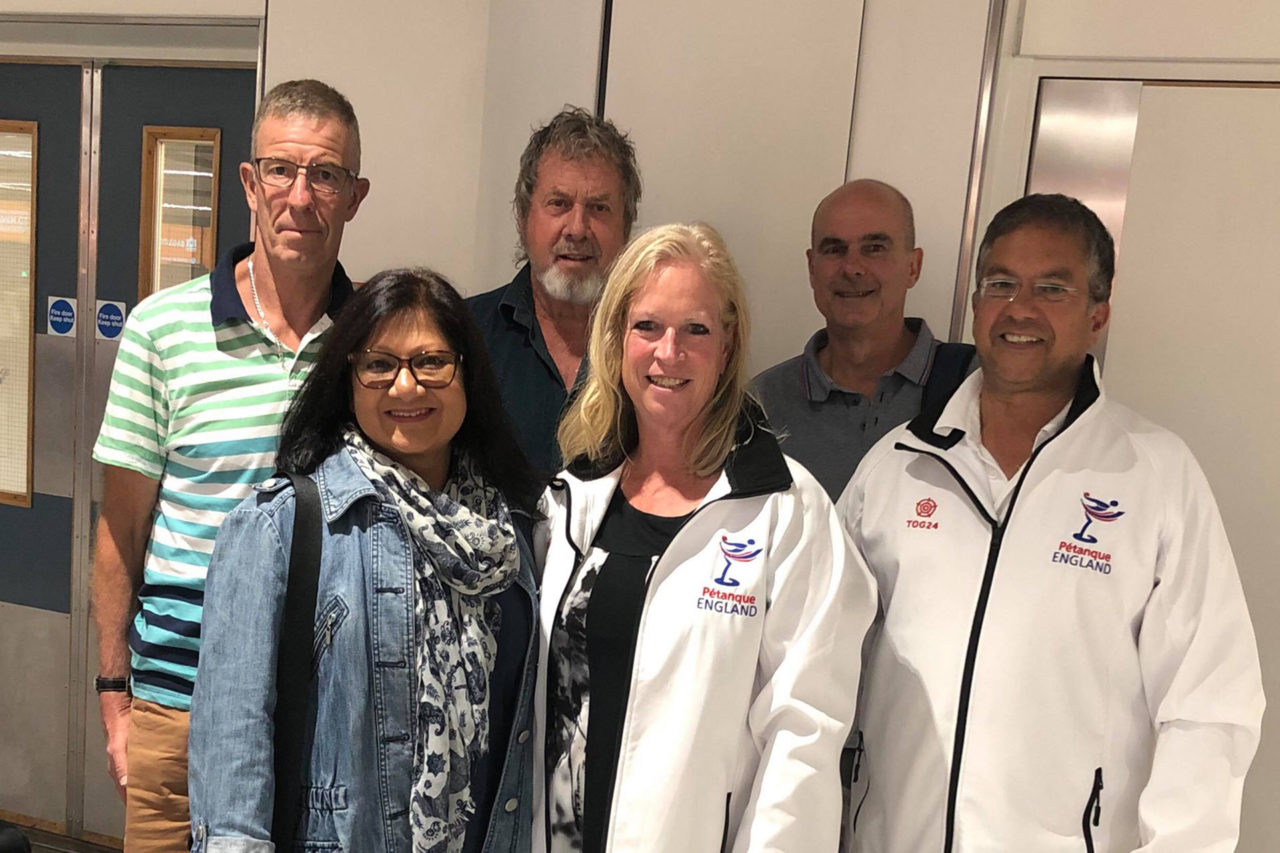 Our Veterans (over 55’s) delegation – pictured here at the airport prior to departure – have left our shores today for Albena on the Black Sea coast of Bulgaria and the biennial European Championships.

This year for the first time, PE organised a series of three triples tournaments to establish a rankings where the top three ranked players were automatically selected. The fourth member was then selected from the players ranked four to six.

Our Lead for Veterans, Clive de Silva has worked hard to establish a new structure for the Vets and later this month, a squad formed by reference to our rankings will be travelling to Guernsey to compete there in a tournament.

Clive is our coach for Bulgaria and he will working hard to support our team of Ian Barnes, Simon Bird, Cliff Campbell and Hassi Leverett. Chris Spray is our Head of Delegation.

The Confédération Européenne de Pétanque (CEP) led by England’s Mike Pegg has attracted 28 nations to the 5th edition of this tournament and unlike previously, both France and Belgium have entered this year, meaning that the quality of the competition has been raised significantly. The French team includes world pétanque legends Marco Foyot and Christian Fazzino.

Two years ago our England team achieved a great result by reaching the top 8 of the tournament. It all starts on Monday 16th at 2pm local time (12 noon UK time) and three rounds of Swiss will take place. The final two rounds of Swiss will take place on Tuesday morning, with the top 16 ranked nations competing in the knockout stages of the Championship and the remaining 12 teams in the Nations Cup.

There is no precision shooting competition, something which the CEP might wish to think about introducing in the future.

The tournament concludes on Wednesday 17th with the quarter and semi-finals in the morning and the finals in the afternoon. The Men’s European Championship will then follow at the same venue – we’ll have a separate preview of that.

We’d like to wish our delegation every success in Bulgaria and we know that our team will compete with real pride for our country.