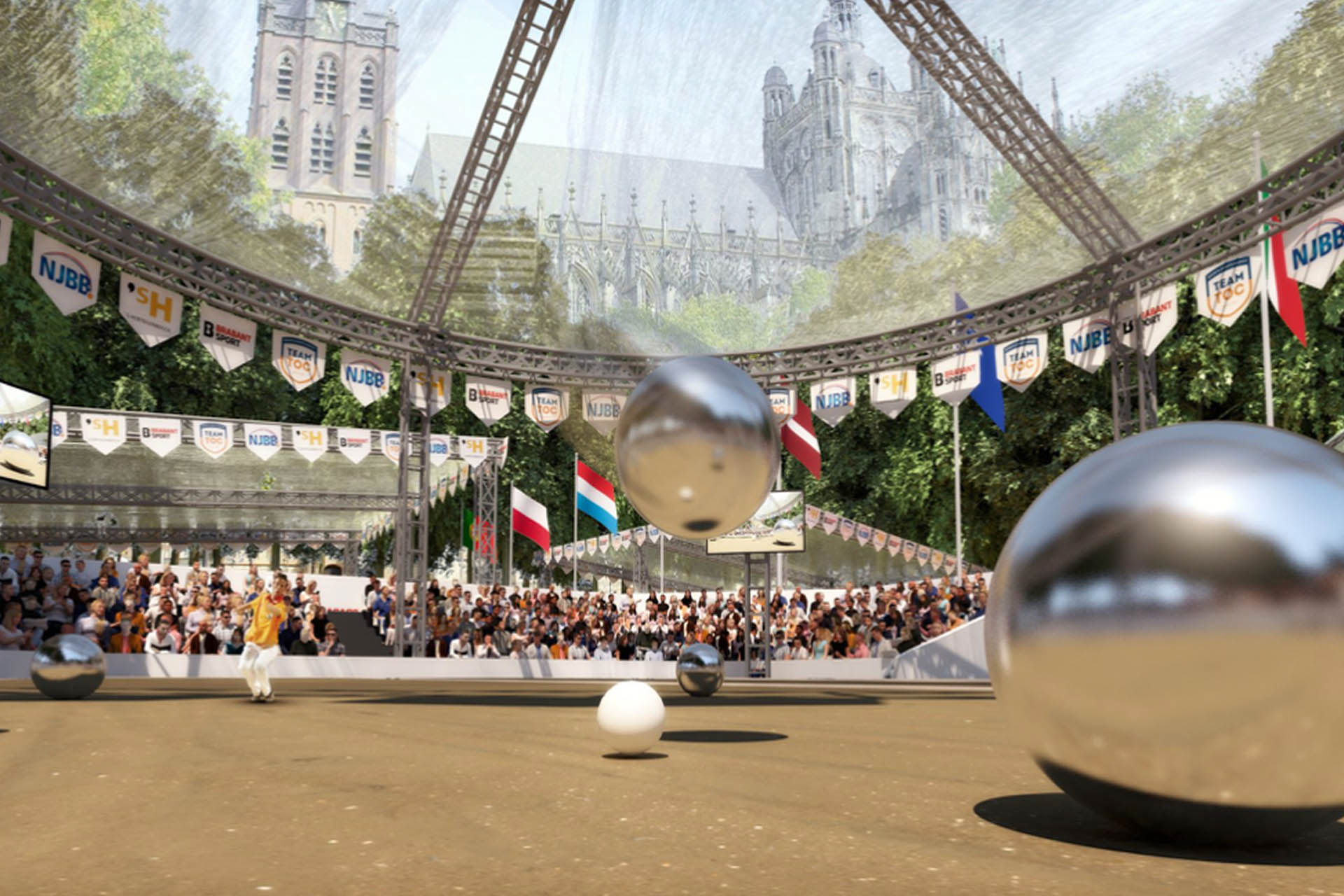 The event will be in the town of ‘s-Hertogenbosch in North Brabant and will take place from 13th  to 17th July 2022. The sport’s European Confederation led by English President Mike Pegg (CEP) preferred the Dutch bid over an alternative from Spain. The town has a good previous track record in organising major sporting events as it was the venue for the World Championships of para archery.

The venue will be ‘de Parade’, the famous square in the town and will feature 22 covered pitches.

The town’s Burgemeester (Mayor), Jack Mikkers said, “The event fits in perfectly with the sporting and social character of this municipality. A place where hospitality and meeting are in our DNA. A place where top performances are made possible. And where we look at social activities that bring about connections and encounters with our inhabitants, so that everyone can participate.”

NJBB President Lieke Vogels said, “Pétanque has everything in terms of it being a serious competitive sport which contributes to sportsmanship, vitality and social value. With this European Championship we can show that it is a sport for everyone and thus position pétanque better and improve its image. Pétanque is completely hip. Everywhere in Europe you see ‘Boules Bars’ and young people playing the sport. The arrival of the European Championship is a new high point for the sport of pétanque in the Netherlands.”

We’d like to congratulate the NJBB on being selected for this important tournament and very much look forward to competing in it and meeting up with our many friends in Holland at what should be a superb sporting, cultural and social event.

previous
Members’ Consultation – give us your views!
next
England to join virtual shootout