Juniors (Youth) are players that are under the age of 18 in the calendar year (1st January to 31st December). In this country “Juniors” includes the internationally recognised age groups of:

‘The Junior Skills Award Scheme’ is currently run by our Regions and sponsored by Pen-Y-Coed Petanque. There are 4 levels within the scheme ranging from The White Award for the newest players, up to The Blue Award for the most advanced players. A medal and certificate is awarded for each successive level. By taking part in the scheme you will learn new skills, improve your play and have a tangible reward to celebrate your success. The awards must be taken in order, you can get more details from the links below and from your Regional Coach or Youth Development Officer:

To find your nearest club why not use the PE Club Link.

All types of players play at club level, those who play just for fun right up to international players. All ages take part and many clubs play in a League system, as in football, with many juniors playing for their club league team. Some clubs “twin” with other clubs abroad such as France, Belgium and Germany.

PE has 16 County Region Associations, which hold their own competitions, either just for juniors, or for mixed adult/junior teams.

Our largest competition is called the Inter-Regional Championship & Challenge Tournament.  Each region has its own method of choosing their squad of nine triples teams, which includes a junior team –  either by selection, qualification or a combination of both.

The tournament is run over two days, normally the first weekend in September and sees each region play against each other to find the top region in both division one and two.

The former EPA Management Committee set up a National Junior Squad in 2013 with the ultimate target of selecting players to represent our country at International events, leading to better results than those achieved through one-off competition qualification.

One product of this innovative and developing scheme is envisaged as encouraging a larger number of our promising juniors to improve their skills, through its coaching provision, and consequently to broaden the base of quality juniors capable of representing England in future years.

Toni Gates, who has several years’ experience of working with juniors, particularly in the Chiltern Region is the Lead Member and she works closely with our coaches. A panels acts as the selectors and are supported by additional coaches for specific events. They are accountable to the PE Board.

To be successful, selected juniors must show commitment by practising regularly and completing any given requirements. Dedication and practice are essential features of this project, as is all of our support for our young players. 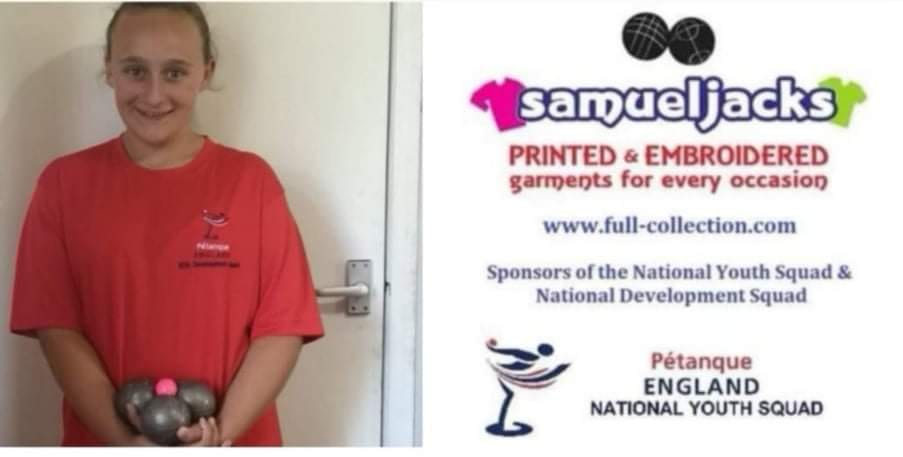 Whilst in its infancy the NDS will be built into a two-tier system on the second tier to help the general standard of youth players in England and to help promote PE youth membership, on the first tier to channel the most promising non squad players helping to provide a constant stream of championship potential for future NYS selection.

To work in a two separate, more intense groups trying to raise standards up to a competitive level. Although a part of the NYS umbrella the NDS are not England representatives – they are National Development representatives.  Players selected for the NDS should already know the basics of the game and show the potential to develop into a NYS candidate. Players in the development squad will be taught the more advanced skills

Players from each group may be considered for a place at the Petanque Training Camp in Slovakia.

Selection into the development squad Tier 1 is through the NYS selection process.

The NDS is a supportive and friendly environment.

The NDS will encourage, coach and support the growth of the squads, helping to prepare for future NYS selection and success at youth international level

The criteria for selection into the NDS

There is a little flexibility to allow us to build what we consider to be the best possible squad in any given year. Our general guidelines are;

National residency is not essential at this stage, but parents of non-nationals are advised to explore the future requirements of the NYS and CEP & FIPJP Championship events, details can be found on our website.

The NDS will be overseen by the NYS lead coach, tier 1 will be run as two individual squads each will have a lead coach and a supporting coach. Other coaches will work with the NDS as and when required.

Tier 2 when formed will consist of;

a more general development group with no size limit open to any player of junior age. Offering coaching and playing opportunities to improve their general standard of play, a relaxed and more light-hearted approach to learning techniques, rules and tactics. There is no commitment required from players, they simply turn up at what sessions they want. Tier 2 is a great way to be spotted for future tier 1 or NYS selection. PE licences are not required at this level but players at an appropriate point will be encouraged to become a member.